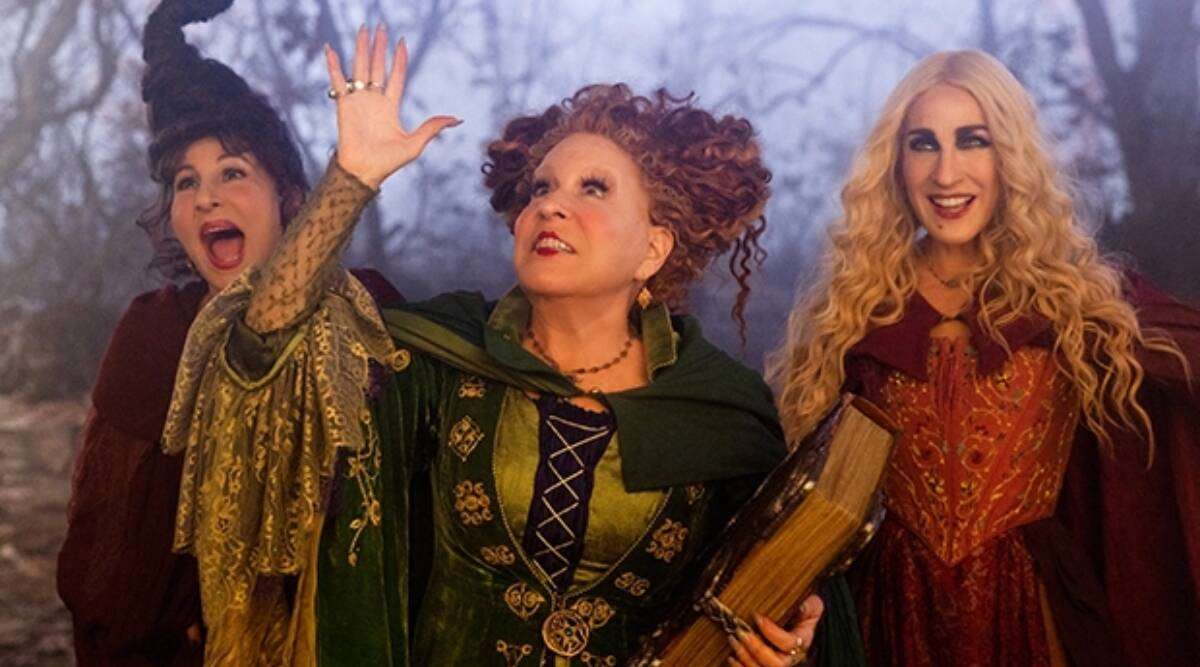 The original Hocus Pocus was a cinematic flash in the pan. Released in the summer of 1993 (in the wake of Jurassic Park’s record-setting numbers), the Bette Midler vehicle that also starred Kathy Najimy and Sarah Jessica Parker as three sisters in blood and in witchcraft, but took a critical and commercial drubbing (it lost $16.5 million, and was one of the last commercial films to star Midler). And yet over time, it cast a spell on a millennial audience who saw it rerun on family television channels. Lo and behold, the slim became a cultural touchstone.

And here comes streamer Disney+ to grant one of their wishes by greenlighting a sequel that reunites the adult cast. Anne Fletcher has directed a sequel with wide appeal to everyone’s inner children: in a slight retread of its predecessor, Hocus Pocus 2 follows two present-day Salem teenagers, Becca and Izzy (Whitney Peak and Belissa Escobedo), who accidentally bring the witchy Sanderson sisters back to life while performing their yearly Halloween night ritual. High jinks ensue as the girls race to stop the three witches from exacting revenge on the town’s doofus of a mayor (Tony Hale) and casting an immortality spell, all the while being confronted by modern technological innovations like Amazon’s Alexa and Walgreens – which plays a veritable supporting role in the film, as do new additions Sam Richardson and Hannah Waddingham, new to the film, and Doug Jones, another callback to the original.

If it ain’t broke, don’t fix it – instead, writer Jen D’Angelo (Solar Opposites) has hit repeat on the plot, including another musical sequence and a thinly-sketched storyline for the teen set (Becca and Izzy are estranged from their other bestie, Lilia Buckingham’s Cassie, since she started dating a clueless jock). The elements are all here, and while they’re plain to see, the elixir doesn’t have quite the same magic as in the original.

In part, that’s because our central trio take a backseat to the way the film loves itself. Fletcher flashes all over 2022 Salem with the sturdiness of an ensemble disaster movie – one group in danger by the center of town, another in danger over by the graveyard, yet another perilous situation happening in parallel by someone’s home – but without any needed wicked sense of abandon. This is the kind of low-frills amusement that once had a place during weekends on children’s cable television networks. Still, it’s not a bad movie to keep on in the background while trick-or-treaters come nock on your door.

The Tudors Exhibit at the Metropolitan Museum of Art