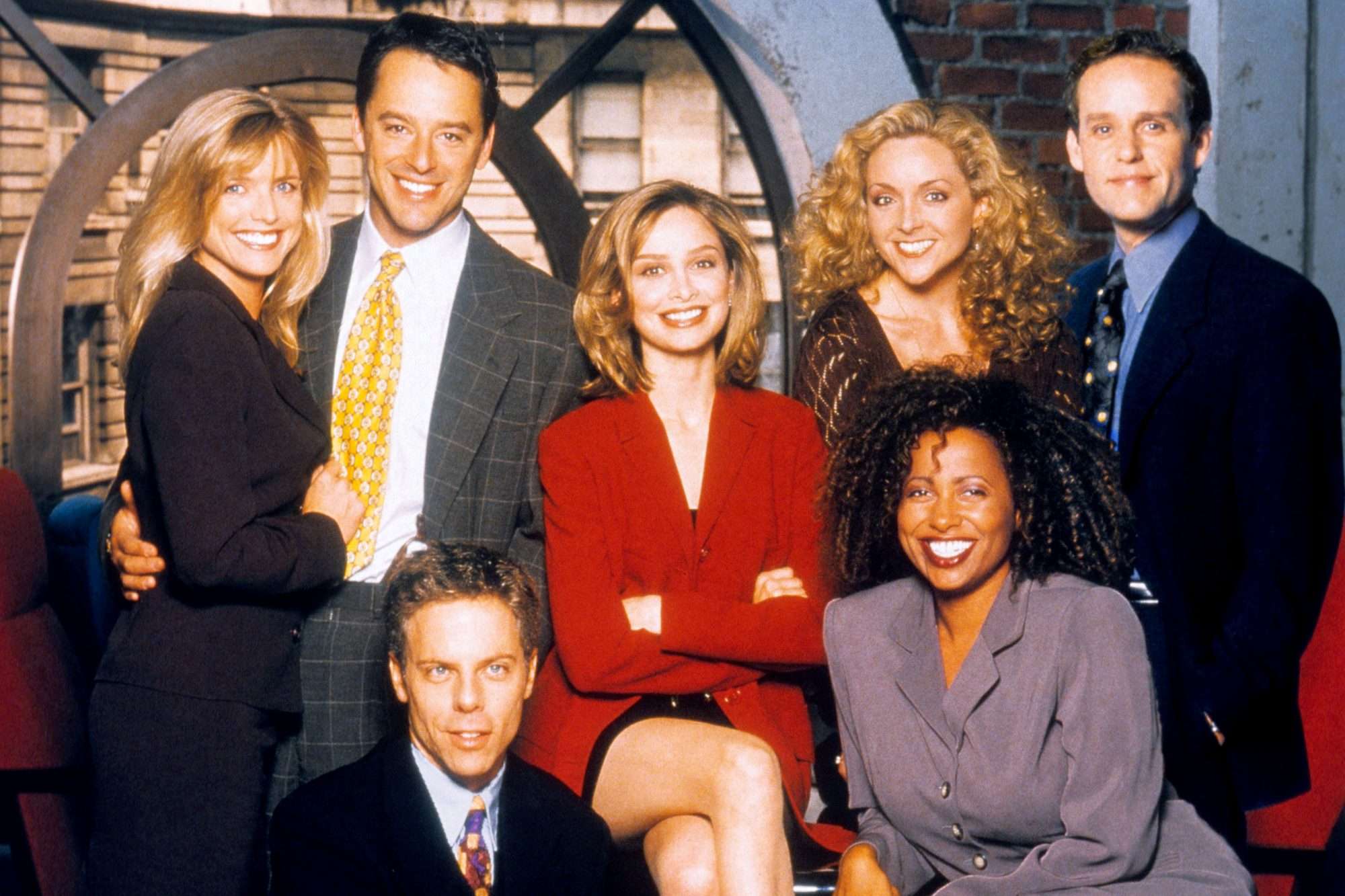 Twenty-five years ago today, FOX debuted the dramedy Ally McBeal. Created by David E. Kelley at the absolute zenith of his career, the series was set at a fictional Boston law firm the heroine joins following an episode of workplace harassment at her current job, only to find herself working with the one who got away, her ex-boyfriend Billy (Gil Bellows) – and his wife Georgia (Courtney Thorne-Smith).

The show never lowered itself to formulaic melodrama, however, proving to be a sexy, zany, and frequently moving hourlong that defied simple description and expectation. Theatricalities included a unisex bathroom where partner John Cage (an indispensable Peter MacNicol in his Emmy-winning role) practiced his “dismount,” a pre-meme dancing baby who served as an imagined reminder of the title character’s biological clock, and the weekly trips the cast took to the local bar, where veteran singer-songwriter Vonda Shepard reigned supreme. Other musical guests appeared, too – everyone from Mariah Carey to Josh Groban, Tina Turner to Barry White.

The show’s cast, though, was its biggest asset, providing breakout roles for Greg Germann, Jane Krakowski, and Lucy Liu, and a host of guest stars in powerful roles, including Haley Joel Osment months before The Sixth Sense was released. The fourth season also featured Robert Downey, Jr., in his most complete and romantic performance (a role that likely would have continued had he not experienced great personal troubles during that time).

Mostly, though, the show should be remembered for turning Calista Flockhart into a star as McBeal, a woman who evinced strength and smarts and could be petty and indecisive and lovelorn and great at her job all at once. It’s one of the most complicated female roles ever written for the small screen, and was an early sign of the rich, unique stories to come to television platforms in the decades that followed.

Offbeat and way ahead of its time, Ally McBeal has never been duplicated. Some say it’s oh-so-‘90s. I say it’s evergreen.

The Why of the Gun