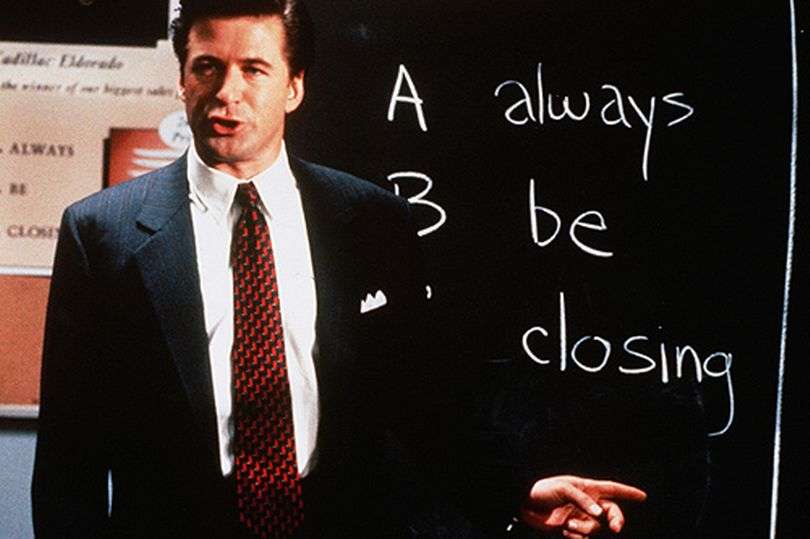 Thirty years ago today, Glengarry Glen Ross was released. The film, with a pitch-perfect ensemble of seven fantastic actors in their prime, was adapted from David Mamet’s Pulitzer Prize-winning Broadway play, is a tour de force; perhaps even the best of a crowded year for film that included The Crying Game, Howard End, The Player, and Unforgiven.

The plot, about a group of struggling real estate salesmen was particularly resonant upon its release, in the middle of a dire recession. Things go from bad to worse when the office gets robbed and the police begin interviewing individual members offscreen while the other characters ruminates on the crime and their respective lots of life on camera. The four central characters are played by the murderers’ row of Al Pacino (his supporting actor nomination was the film’s sole Oscar love), Ed Harris, Alan Arkin, and Jack Lemmon, in one of his greatest performances. The rest of the cast, including Kevin Spacey (an oily office manager), the, um, priceless Jonathan Pryce (a potential client who embodies the receiving end of the sales trade – we see him as a mark, and a sucker), and Alec Baldwin in red-hot role written specifically to kickstart the film’s action, are impeccable as well. They all nail Mamet’s trademark punchy dialogue, and Foley’s stylish neo-noir technique, replete with long takes and widescreen tableaux that allow his performers to act as though still onstage without appearing stagey, compliments the tone.

Glengarry Glen Ross (the title, by the way, refers to two separate land developments the group is peddling – Glengarry Highlands and Glen Ross Farms) is a story of survival, and how in a dog-eat-dog world, some are adept at eating their own. But oh, what a delicious meal it makes.