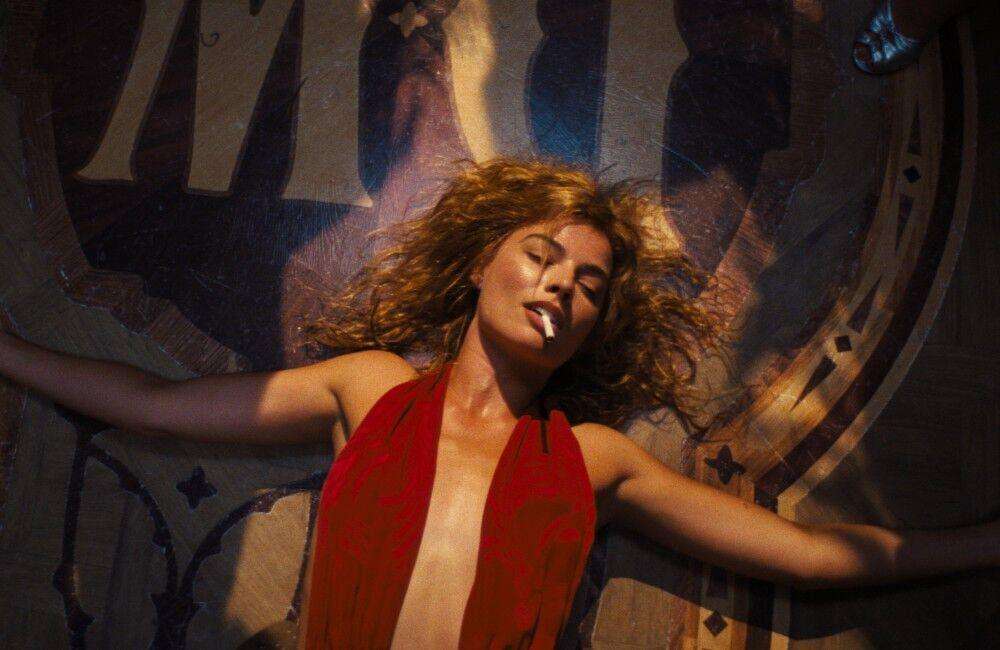 It would be too easy to call Damien Chazelle’s Babylon a failure of epic proportions. Yes, his fictionalized look at Hollywood traversing the advent of sound is long and loud, and yes, it is formulaic and hollow. But he’s too good a director and too passionate a fan to leave his fans with absolutely nothing. And yet, oof, how close he comes.

The film begins in 1926, with our magical omniscient guide Manny (Diego Calva), an outsider who keeps escalating upward within filmdom’s inner circle without displaying any particular semblance of shrewdness. At a bacchanal thrown at the mansion of a studio head (Jeff Garlin) we never learn more about, he meets Nellie LaRoy (Margot Robbie) and Jack Conrad (a very good Brad Pitt). She’s a starlet with a vaguely traumatic past able to deliver tears on command; he’s a major star who’s career is on the wane. The film follows the three of their zigzagging arcs. There’s the fallout of too much booze, pills, and sex, but we don’t actually get to see our leads partake in the fun – we get the crash, but never the high.

And this cautionary tale never actually explains how the film industry works – how it’s the single American enterprise that learns how to take all its earnings and reinvest them into new product that can continue to earn more, and how quickly it learns from its mistakes. Instead we get a protracted,  vainglorious montage toward film’s end that pays homage to everything from The Passion of Joan of Arc and Singin’ in the Rain to Avatar and Terminator 2. I think we’re supposed to give credit to these thinly drawn, flawed characters for influencing the very real success stories that allow filmmakers like Chazelle himself to take studio money and excrete it out. Fast-paced and pitched to the rafters, Babylon is one long BJ. It’s time Chazelle got off his knees and learned how to craft a better movie.