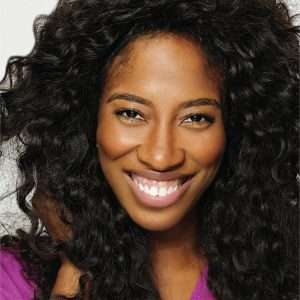 Due to COVID, theatres around the country were forced to shut down. But thanks to the ingenuity and persistence of artists, new and more exciting ways of telling stories have emerged.

GSJ had an opportunity to speak with the founders of Actor Trade, Shondrella Avery and Dylan Mooney, about this upcoming event

GSJ: Why did you create this Virtual Benefit Table Reading Series?

We thought two things; one was we wanted to figure out a way to give back to a charity that benefited our youth. When Robert Galinsky pitched us this idea of doing a virtual table read at the height of the pandemic, we all thought it was a perfect idea! We also wanted to figure out a way to provide our users, especially those that are also a part of our Facebook group “Rehearsal & Self Tape Partners For Actors,” to gain experience as well as a legitimate credit while staying safe from covid-19, tying into the Actor Trade experience.

GSJ: How did you get such an incredible cast for this reading, and what is it like to be such a talented company?

Honestly, our celebrity guest cast thus far has been booked through the outreach and/or personal contact of Robert Galinsky; he has been the catalyst to that aspect of our production. In terms of the other notable cast we have, that has been through traditional casting that we’ve done through our incredible Facebook group “Rehearsal & Self Tape Partners For Actors” and with the professional eye and assistance of Jeffrey Dreisbach from McCorkle Casting.

GSJ: We understand this is a benefit for teens in jails and prisons. Why is it important for Actor Trade to “give back”?

Actor Trade is a company that is based on the concept of giving back by our users, as they all help each other as readers for free, and we wanted to figure out a way we could give back to both our communities as well as our users. We also feel that teenagers make mistakes, we all do, and those who are incarcerated should get attention in order to better their lives. No one should be defined by their mistakes, and we know that Literacy for Incarcerated Teens brings plays, screenplays, and all sorts of writing to these kids. That is motivating!

GSJ: This is the second time you’ve worked with director Robert Galinsky; what does he bring to the table, or ‘screen’ as it were?

Well, as I stated above, Galinsky has spearheaded this entire project. He pitched the idea of producing a series in our Facebook group and then really took the reins by reaching out to our celebrity guest cast, so I’d say he brings everything to the table.

GSJ: You have paired award-winning and legendary actors with unknowns. What’s the philosophy behind that?

Our philosophy behind that was we wanted the best chance to highlight a charity organization as well as provide our Actor Trade/Rehearsal group members an opportunity to gain acting experience and legitimate credits, so we came up with this concept. We have found that our ‘celebrity’ actors feel the same way about being generous and having a giving spirit, and considering we have TONY Winners, Oscar Nominees, Obie Winners, and Drama Desk Winners involved, we know there are no limits to lifting our fellow human beings to new heights by working hard to put on a great show.

We are just so grateful for everyone’s effort in this, from our cast, the producers, our extra PR boost via Joe Trentacosta, and all of the wonderful people helping to spread the word about this fantastic project. Our company has grown to over 20k members worldwide, simply by word of mouth, and we are absolutely so incredibly thankful for all who’ve contributed.

Sex, Love, Death, And Other Improbabilities
Written by David Lewison and directed by Robert Galinsky
Thursday, May 27 at 6:30 PM & 9:30 PM
For FREE tickets, click here.