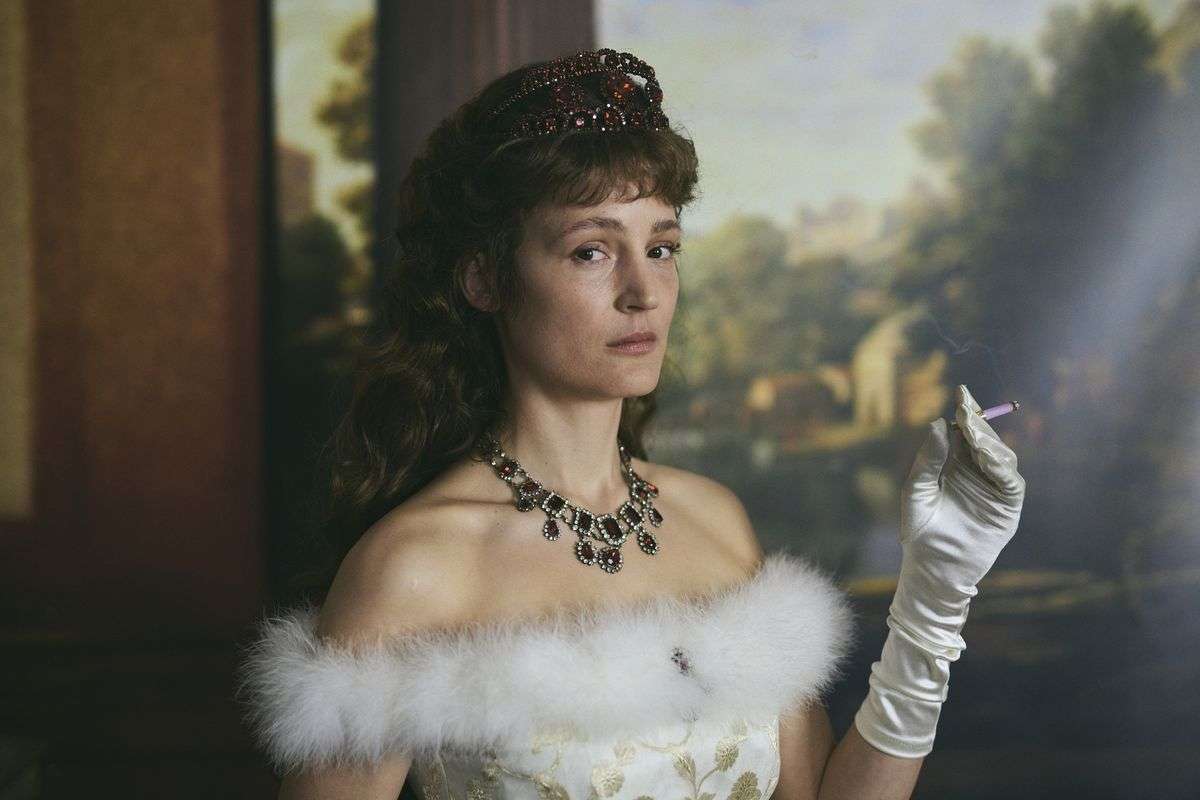 “Sisi,” they called her – one of the most famous of Austrian royals. But writer-director Marie Kreutzer’s modernist take on Empress Elisabeth, Corsage, proves her to be anything but. In a modernist take that puts the emphasis on mod, the film drops factual accuracy in favor a film that gives Elizabeth real agency in her life. And in the care of star Vicky Krieps (Bergman Island, Phantom Thread), we get a star turn from someone who should be movie royalty by now.

“She scares me so much.” This line, the first in writer-director Marie Kreutzer’s boldly restive biopic Corsage about Empress Elisabeth of Austria (Vicky Krieps), is spoken by one handmaiden, Fini (Marlene Hauser), to another, Lotti (Johanna Mahaffy), with a mixture of terror and concern, as the empress undergoes one of her typically grueling endurance exercises. Submerged in a bathtub, testing how long she can stay underwater without breathing, Elisabeth seems almost at peace—an all-too-rare feeling for the lonely royal, who, as she approaches her 40th birthday, is gripped with melancholy. Writer/director Marie Kreutzer makes no pretense of objectivity or fidelity to history. On the contrary, she uses this film to give Elisabeth more agency than she had in life, even a dream of escape. We wish it for her as much as she wishes it for herself.