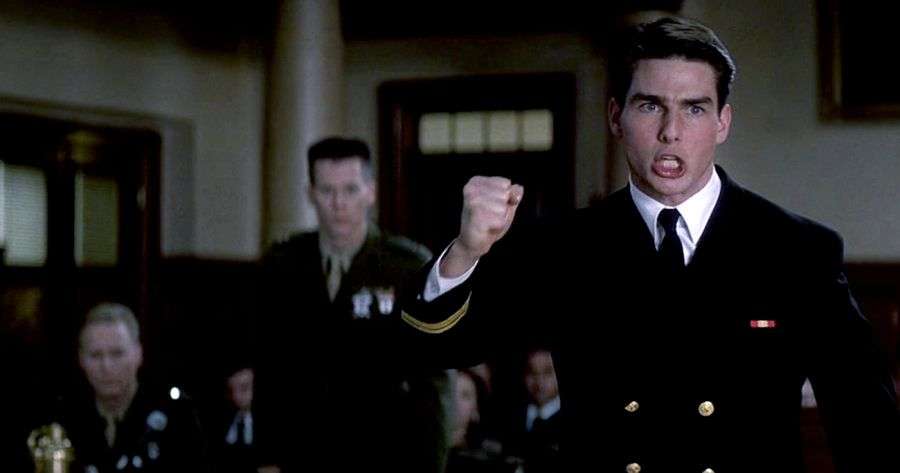 Thirty years ago today, A Few Good Men, Rob Reiner’s adaptation of the Aaron Sorkin play, was released. Two young marines (Wolfgang Bodison and James Marshall) are on trial for the death of a fellow marine in what appears to be an off-book punishment incident gone wrong. Tom Cruise’s character, Lt. Daniel Kaffee, idealistic but realistic, respects the military and the law but butts heads with Col. Nathan Jessup (Jack Nicholson) about the nature of the CODE Red ordered, culminating in one modern American film’s most bombastic – and most quoted scenes. (“You can’t handle the truth!”) A major motion picture in almost every way, and the kind of movie that just doesn’t get made any more, A Few Good Men boasts quite the ensemble, including an overlooked Demi Moore, Kiefer Sutherland, Kevin Pollak, Kevin Bacon, and the late, great J.T. Walsh.

Which Way to the Stage