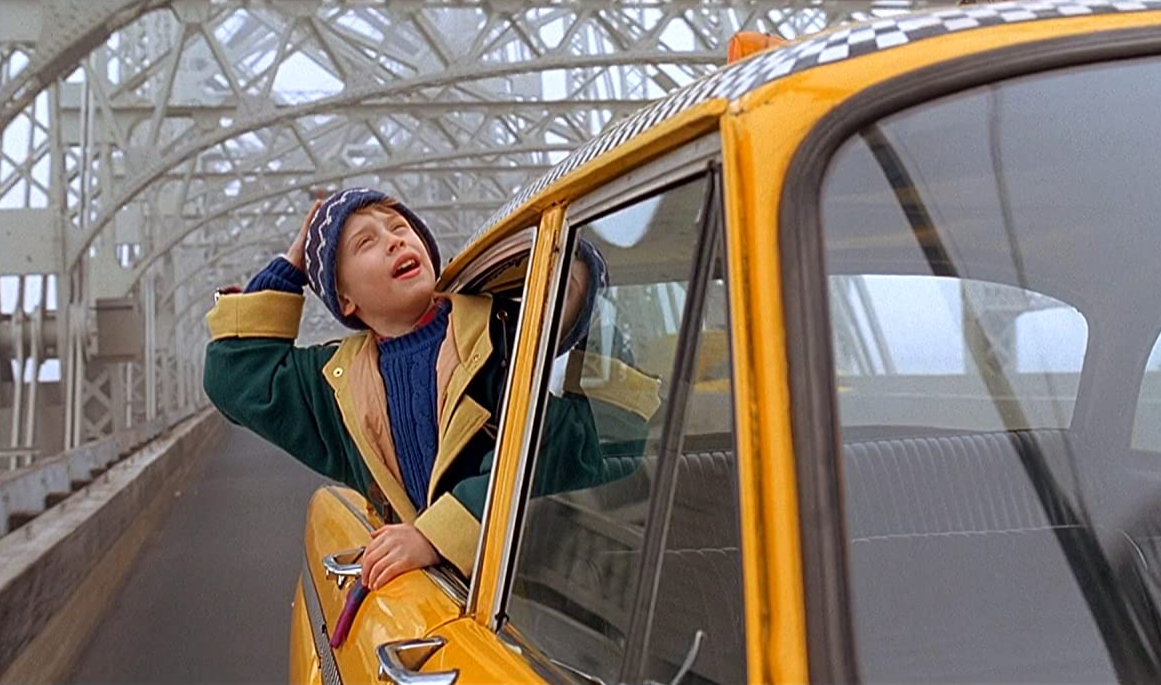 As many remember, this time the McCallister clan loses Kevin (Macaulay Culkin) because in a mad, late dash to the airport, he erroneously boards a New York-bound plane on a family trip to Miami. Again, left to his own devices, he triumphs – befriending a troubled Central Park dweller (Oscar-winner Brenda Fricker) and a successful toy store owner and philanthropist (old Hollywood charmer Eddie Bracken) – as well as warding off escaped cons Harry and Marv (Joe Pesci and Daniel Stern) once more. John Heard and Catherine O’Hara also return as the world’s worst parents, and Tim Curry and Dana Ivey shine as new additions to the cast.

In a pre-internet, pre-cell phone world, Home Alone 2 is a glorious travelogue, with important scenes taking place at such locales as Carnegie Hall, the Plaza Hotel, and Rockefeller Center. And Culkin more than proves his worth as a ‘90s star, carrying the film charm to spare. Yep, the climax still gets violent, and yep, John Williams’ score is still a beaut. It’s worth checking out if you haven’t seen it since it first came out or if you watch it every year.

Michael Myers is back, but to what end?

The Son Is Father to the Man: Tony Yazbeck at 54 Below