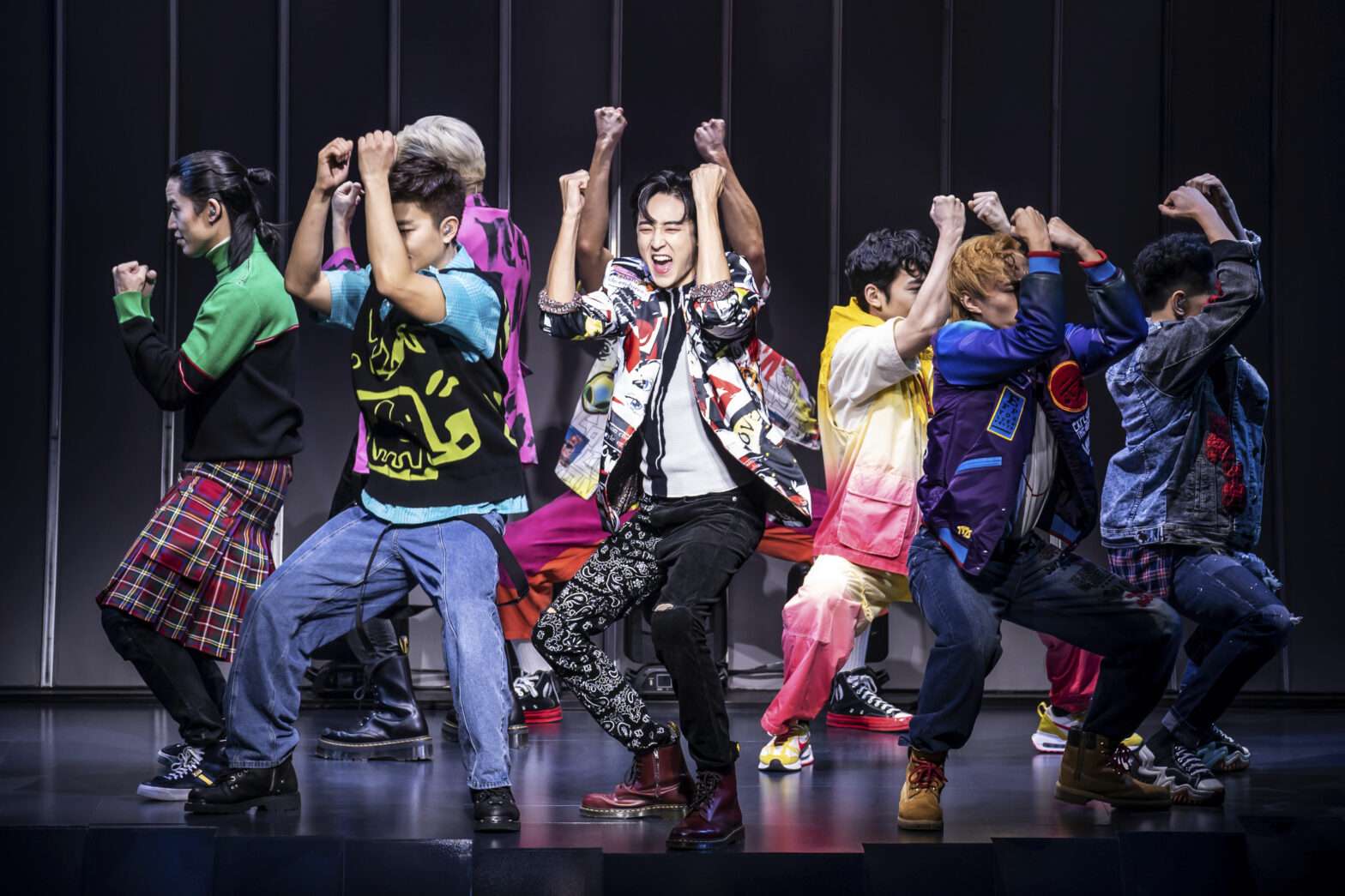 Kevin Woo, center, and the cast at the Circle in the Square (Matthew Murphy/O+M/DKC via AP)

Four years ago, KPOP took Off-Broadway by storm in an immersive, tri-part walk-through production that exposed the subgenre’s wicked underbelly. Now it has moved to Broadway’s Circle in the Square theatre, but undergone a depressing sort of surgery: the spine has been broken and many of the pages removed, only to be reassembled into something pulpier, and while still fun, less rousing.

In its new incarnation, reconceived by original book writer Jason Kim and original director Teddy Bergman, RBY label head Ruby (Jully Lee) is preparing for an American “takeover” concert which will take place right at the Circle in the Square, and has hired a white American director named Harry (Aubie Merrylees) to record a behind-the-scenes documentary at a rehearsal before the big showcase. The triptych of the plot remains, introducing us to girl-group RTMIS, boy-band F8, and solo singer MwE (Luna). This time the audience stays seated, and the three performers take turns showing up on a stage that protrudes and retracts like a dinosaur’s tongue.

The stakes remain hazy and while KPOP reflects generic show business cliches (the industry preys on young ones with no parental guidance, it forces unhealthy body and relationship practices), it doesn’t show anything specific to their cottage industry – how does this differ to the pop practices in Scandinavia or the United States? The creative team seems to know that its bread and butter remains the KPOP score from Helen Park and Max Vernon – so much so that it completely abandons its book in favor of an all-out concert midway through the show’s second act. I’ve never quite witnessed writer fiat like this before. The songs are great – catchy, fun, spirited – perhaps KPOP would have been best letting the music speak for itself.