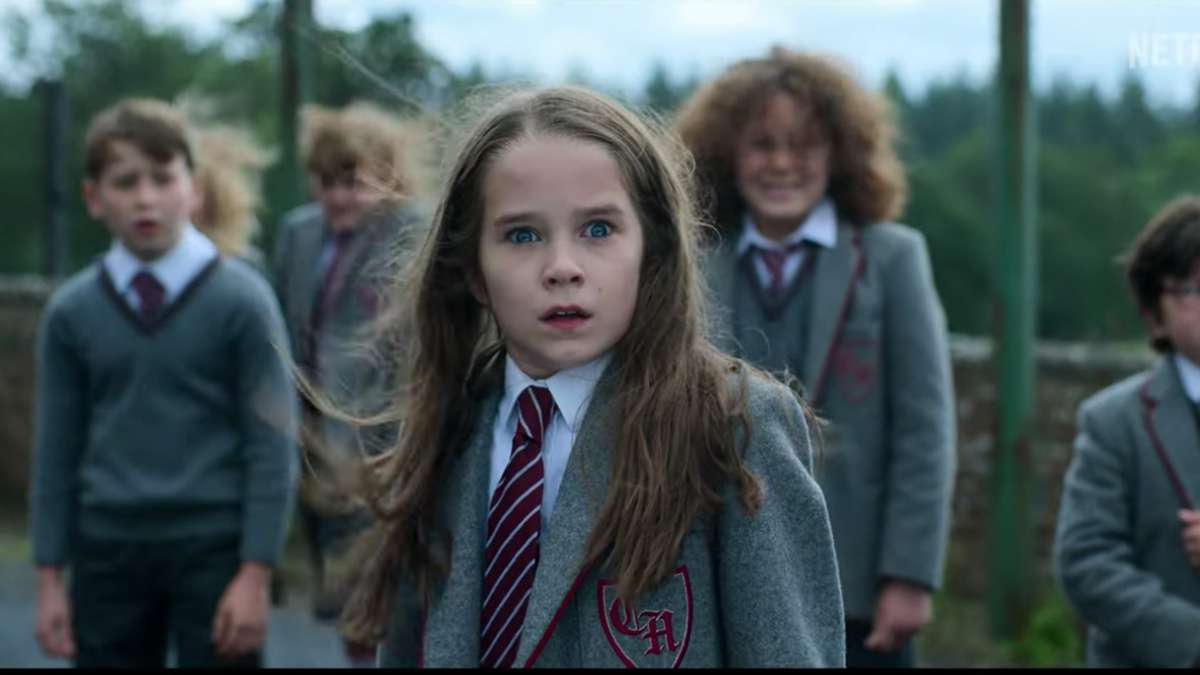 Roald Dahl’s Matilda has taken many forms – first a straightforward family film adaptation, then a Matthew Warchus-directed musical that swept London’s Olivier Awards before migrating to Broadway. Now, Warchus has adapted his own version for Netflix – and the title Roald Dahl’s Matilda the Musical lets you know to expect a little bit of everyone’s handprints in this latest version.

Matilda (a terrific Alisha Weir) gets it from all sides: her parents (Stephen Graham and Andrea Riseborough) can’t stand her, the school she is sent to is run by the hulking and hateful Miss Trunchbull (Emma Thompson), and she’s preternaturally blessed with gifts that feel more like a curse. It’s only with the help of the compassionate Miss Honey (Lashana Lynch) that Matilda learns how to harness her powers for good and create her own sense of agency.

Much like Matilda’s own abilities, Warchus’ film can be a double-edged sword – what was farcically over-the-top on stage feels darkly realistic on screen, even cruel. And her home life and school issues feel like two separate stories. But Tim Minchin’s score is clearer than ever, allowing viewers to savor his many witticisms. Between Tat Radcliffe’s cinematography, Ellen Kane’s choreography, and uniformly wonderful performances that range from carefully modulated to gloriously over-the-top, Matilda is worthwhile watch to close out the year.