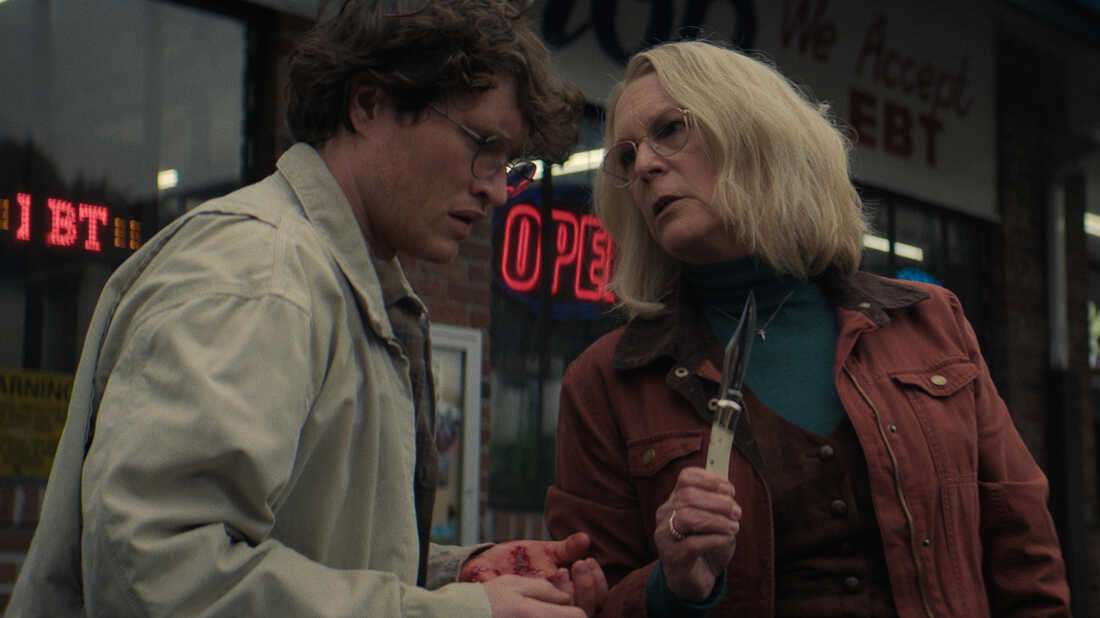 The scariest thing about Halloween Ends is how lazy it is

He’s baa-aaaack! I know, I’m interpolating one scary movie with another, taking the Poltergeist tagline to the latest installment of the Halloween franchise. But, really – if the film itself is going to be so lazy in its quest for a new plot and a way to finally arrive at an endpoint, why should anyone else put more thought into it?

Halloween Ends is the third and, purportedly, final part of the David Gordon Green’s rebooted trilogy that began in 2018 with Halloween and continued a year ago with a very chaotic Halloween Kills. These movies effectively erased any plotting that happened following the very first installment in 1978, bringing Jamie Lee Curtis’ famed final girl Laurie Strode back into the fold (again, forgetting her appearances in Halloween II and Halloween: H20).

Mild spoilers below: In the last two films, much of the Haddonfield, Illinois population was slashed to death by Myers’ latest return – including, absurdly, Laurie’s own daughter. Where Laurie had emerged as a traumatized, tough prepper in Green’s earlier two films, four years have passed, and she’s now a calmer presence altogether, caring for her granddaughter (Andi Matichak), flirting with the town sheriff (Will Patton), and finishing a memoir about her experiences (or at least constantly typing and re-typing variations on the book’s final paragraph).

But other things have happened between installments. Haddonfield has become a mark for all sorts of tourists with dark interests, including copycat crimes and suicides. The town itself has turned on Laurie, blaming her for attracting the crimes and the darkness. And a new town pariah has emerged in the form of Corey (Rohan Campbell), an outcast with blood on his hands through no real fault of his own.

There was a path through these concepts that could have made for an interesting movie – perhaps one even smarter than a Halloween needs to be, given that it will always revert to its slasher roots. But Green and his team abandon those first two, promising aforementioned plot points and goes all in on the third, finding a way for Michael Myers (James Jude Courtney) to proverbially pass the torch to a new, younger miscreant. Eventually, after a very prolonged period, mayhem does ensue. Blood happens. Some screams curdle. But the path there is so labored, it’s barely worth it.

Perhaps more shockingly is just how little Halloween Kills talks to its two predecessors. Where those two were overloaded with plotting, callbacks and attempts at topicality, this third installment feels scant. Plot points set in motion and unresolved in the second film go completely ignored here. And worst of all, it’s completely anticlimactic. Halloween Ends spends so much time on Corey – establishing him, changing him, changing him yet again, only to seemingly remember with fifteen minutes to go that a battle royale remains between Laurie and Michael. Does it happen? Sure. Is it remotely memorable? Not at all. It’s a disservice to Curtis, who’s completely wasted here, but most of all, it’s a middle finger to the audience – a bigger insult than a knife.