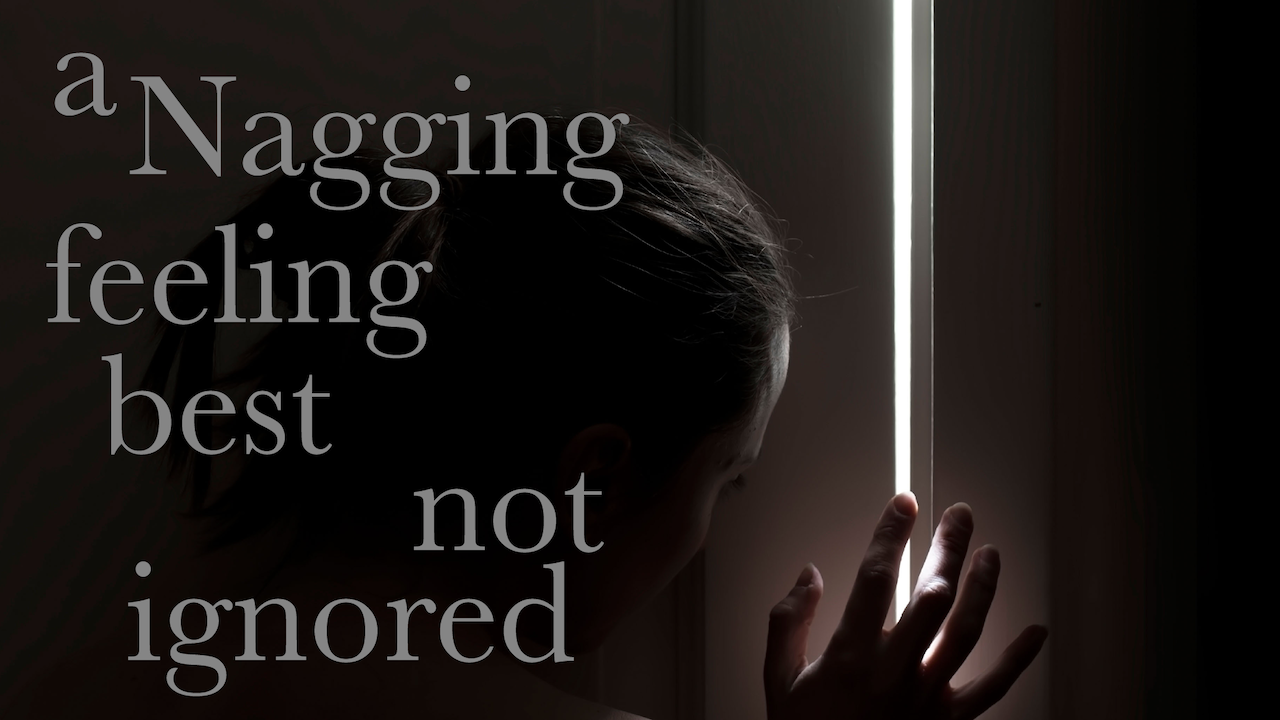 NOT QUITE READY TO TURN OUT THE LIGHTS ON ZOOM?

A NAGGING FEELING BEST NOT IGNORED

Written and performed by Roland Tec

A Solo Zoom Play for A Post-Covid World

The past two years have been nothing short of disorienting for everyone. With physical theaters shuttered many artists tried to make the most of “Zoom Theatre” but the electricity of live theatre proved elusive online. Roland Tec quickly determined that the only form of theatre Zoom could not degrade was a monologue and so he created several online spaces where playwrights could develop new work for solo performers. These included: Some1Speaking a monthly monologue showcase, the annual Hear Me Out Monologue Competition, and a weekly open mic called Wednesday Gathering.

In an effort to take stock of just what these stressful years have revealed, he’s created A NAGGING FEELING BEST NOT IGNORED, written for the Zoom platform which he will perform Wednesday nights at 8PM July 6-27, 2022. Tickets are $22.50 and available via Eventbrite. Audience cameras and microphones remain on for the duration of the show.

In an interactive 60-minute tour de force, the character at the center of A NAGGING FEELING BEST NOT IGNORED challenges our firmly held beliefs about January 6, 2021, pandemic isolation, a life lived online, and a world that increasingly feels dangerously close to coming apart at the seams. Whether or not the audience buys what he is selling will matter very much as the last action of the play is an audience vote to determine his future.

Roland Tec has been developing this piece over the last year or so, bringing short excerpts to various online gatherings and generating enthusiasm from various theater artists, many of who had all but given up on Zoom’s ability to deliver anything approaching the immediacy and nuance of live theater.

Award-winning playwright Julie Jensen, herself no stranger to pushing the boundaries of where theater might take us attended one of several workshop presentations of A NAGGING FEELING BEST NOT IGNORED earlier this month and had this to say about Tec’s work. “This is a remarkable piece of work: engrossing, surprising, frightening, and important. It realigns our vision, redefines theater, and challenges every expectation.”

Jensen served as one of the inaugural five Finalist Judges (alongside Doug Wright, Gary Garrison, Kate Snodgrass, and Kia Corthron) for 2020 Hear Me Out New American Monologue Competition which Tec founded as theaters all over the world had suddenly shuttered as CoVid_19 numbers climbed to record heights.

The success of Hear Me Out led to the introduction of Some1Speaking in October 2020 and Wednesday Gathering in December of the same year. All this immersion in the Zoom platform has provided Mr. Tec with the ideal laboratory for calibrating the delicate balance of the need to see and hear the actor speaking and the need to hear the audience taking it all in real-time for everyone present—audience and performers—to feel as though they had undertaken a shared theatrical experience which can never be duplicated. That is why audiences are never muted in any of Mr. Tec’s Zoom productions.

Beginning July 6th, Mr. Tec will present 4 performances of his solo Zoom play on Wednesday nights only. Tickets are already selling well and are available via Eventbrite. https://www.eventbrite.com/e/302460416247

A NAGGING FEELING BEST NOT IGNORED

a solo Zoom play for a post-Zoom world?