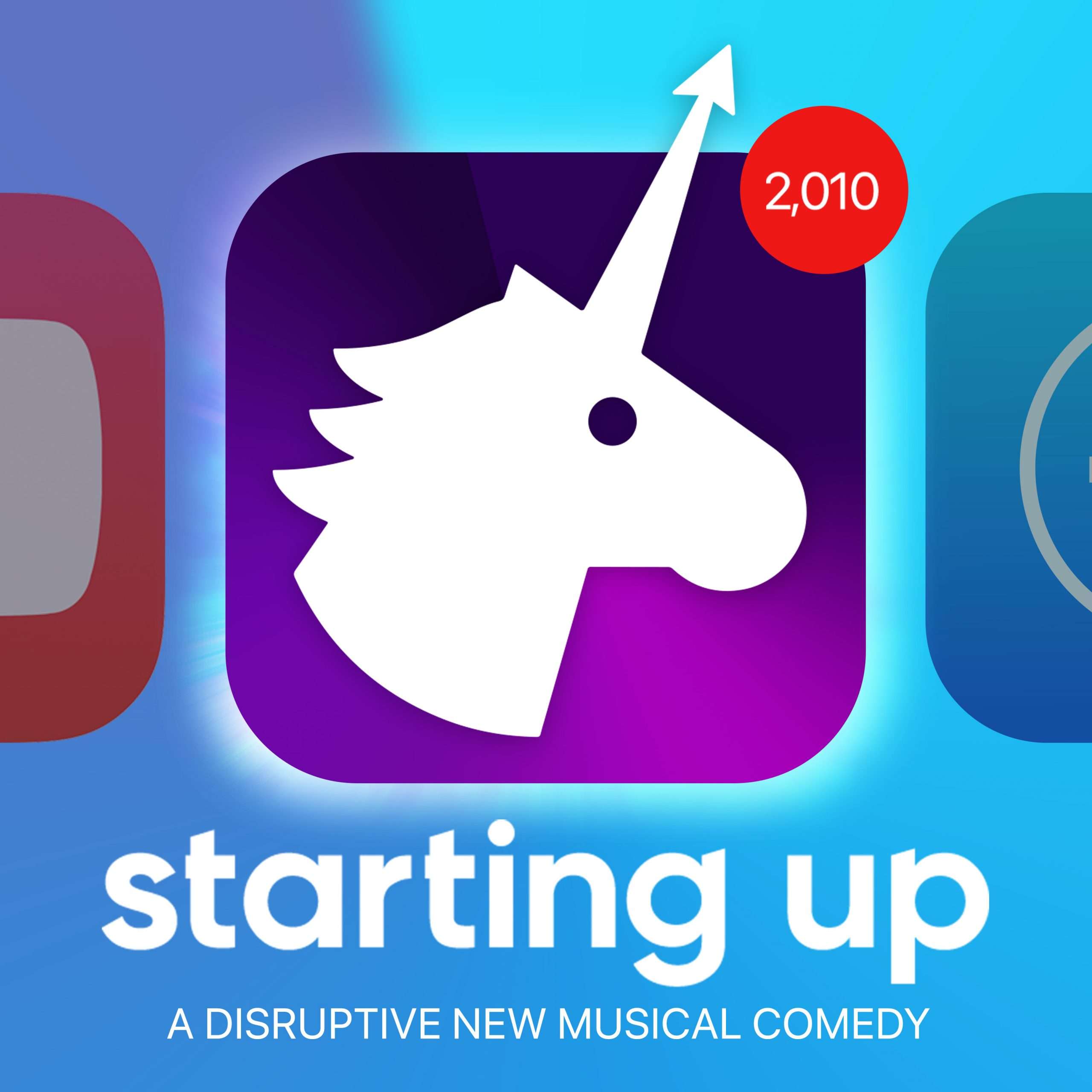 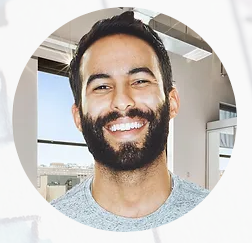 GSJ: How do you describe Starting Up?

GARETT PRESS: The short answer: I describe it as Book of Mormon meets Silicon Valley or as a modern Disney musical for adults (like if Aladdin had lots of phallic jokes).

The long answer: First, it’s a rollicking send-up of the tech industry circa 2010 when hope and entrepreneurial success seemed to be everywhere. Second, it’s a hilarious look at the way internet gurus & influencers impact our psychology and drive us towards relentless, often unhealthy self-optimization. Third, it roasts gender dichotomies both in the workplace and in musicals themselves. But mostly it’s just big dumb fun!

GSJ: What was the show’s inspiration?

GP: The show was inspired by my own decade working in marketing for various tech startups that never lived up to their massive promise. The company where these characters work, “AlphaMail,” is a comedically heightened version of the place I worked in 2010, at Thrillist.

It was also very inspired by the 2016 election and how technology and new media created the environment where a “cult of personality” could form around truly outrageous individuals with no real bona fides or great ideas.

GJ: How long has it been in development?

GP: I began writing the script while backpacking Southeast Asia in 2018 (as one does), so about four years.

GSJ: How would describe the type of music?

GP: The score is very much a satirical love letter to modern musicals, so you’ll hear bits of Menken, Miranda, Ahrens & Flaherty and so much more from the canon. Lots of tributes to the musical theater scores I grew up on, mixed with other secular genres like blues, rock, and pop. I’ve been told “it slaps,” and I personally think it’s the best part!

GSJ: How did you connect with your director and a great cast of actors for the workshop?

GP: All props to my brother, Troy Press, who is the lead producer on the project and my biggest hype man. He’s much cooler than me and has been in charge of talent & entertainment for the NY Knicks and BK Nets, and also hosts for the NYCFC soccer team. Through his network we came to meet our incredible director Jen Wineman who has been so much more than a director, diving headfirst with us into rewriting and clarifying the story. And the cast has been a mixture of Troy and Jen’s relationships, plus help from generous industry friends like Jelani Remy and Michael Cassara.

GSJ: Did you always what to write musicals or was it something you found along the way?

GP: I always loved musicals (my siblings and I were choreographing dances to BIG and imitating the Phantom at an early age) but I never thought about writing one until I trained in improv comedy & specifically musical improv. I thought “okay, I’m a writer and I’m making up original musicals impromptu every single week, why don’t I try writing one down?” That early material got me into the BMI Musical Theatre Workshop where I honed my craft and… here we are now!

GSJ: What advice do you have for aspiring musical theatre writers?

GP: I guess, much like in the world of startups, the barrier to entry is so much lower than it used to be. Don’t necessarily wait for some kind of formal training or certification, just start pushing your ideas out into the world and believe in them. I’ve doubted my worthiness to be in this space for a long time, and still do, but each next step I keep finding support and excitement from the community. People love new and fun work! Like the little-known, underground composer Stevie Sondheim once wrote: “Give us more to see.”

GSJ: What is the show’s next step?

GP: Our hope is this series of industry presentations will generate enough interest for us to truly stand up the show beyond the minimal reading format. Jen, Troy, and I have so many ideas for costumes, sets, props, physical comedy, & effects; and we are eager for the chance to realize them! The world needs a good laugh right about now and with a little backing, we guarantee we can make that happen. In the parlance of startups, we’re ready to raise our Series A and go to market 🙂

GARETT PRESS (Book, Lyrics, Music) was trained as a lyricist by the renowned BMI Lehman Engel Musical Theatre Workshop and is a Lead Creative Producer at HBO Max. He has been a published writer since high school when he was penning reviews of pop-punk and emo albums for the then-famed music website AbsolutePunk.net. In the world of tech & marketing, he has written and produced content for companies like HBO Max, Thrillist, Donut Digital, & JackThreads. He is also a comedian and performer with advanced training at Upright Citizens Brigade Theater and Magnet Theater. He’s appeared in musical improv, music-less improv, and sketch comedy shows across NYC. Garett also created Unidentified: The Alien Abduction Musical with fellow BMI composer Sequoia Sellinger.

The new musical comedy Starting Up with book, music, & lyrics by Garett Press, directed by Jen Wineman, and with musical direction by Julianne Merrill, will receive a special industry presentation in New York City on December 1 & 2 at Pearl Studios.