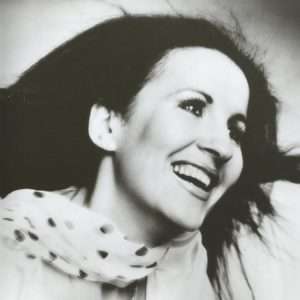 Margalit began her career as an award-winning concert pianist and recording artist; she then turned to write for television, followed by writing for the stage. She has had productions around the globe, including the play Trio in Los Angeles and Moscow and New York productions of her plays Night Blooming Jasmine, Get Me a Guy, First Prize, and 3 O’Clock in Brooklyn.

The COVID shutdown offered Margalit an opportunity to write, rewrite and revisit ideas she has had and turn them into new works, including a collection of short plays called CROSSROADS, which was filmed for digital presentation. She submitted several of her brand-new pieces to the various festivals around the world and has garnered a great deal of recognition, including two Best Screenplay awards, an Honorary Mention Best Screenplay, a finalist, and three semi-finalists, at such festivals as New York Film Awards, FilmCon Awards LA, Festigious Film Festival LA, IndieX Film Fest LA, and Vancouver Independent Film Festival.

“When lockdown started, I felt as desperate as all other New Yorkers. I threw myself into writing and filming an original production entitled CROSSROADS with a group of brilliant actors who were equally happy to work on a project. We were stunned by the reaction to our little show, so when a festival e-mailed an invitation to submit, I started investigating the festival scene I knew nothing about. And here we are. Lemons into lemonade.” Israela Margalit

Winner Best Screenplay, feature, at the New York Film Awards Festival for “What Kind of Woman.”

“Calling Card” was also a Semi-Finalist at the Los Angeles Film Awards “LAFA.”

Winner Honorary Mention, Screenplay, at FilmCon Awards LA, for “Night Blooming Jasmine,” based on her play that premiered in New York.

“Night Blooming Jasmine” was also a Finalist, Best Screenplay Drama, at the Vancouver Independent Film Festival, and Semi-Finalist at the Florida Script Challenge.

Semi-Finalist, Best Short Film, at IndieX Film Festival LA for “CROSSROADS,” 6 plays about love, pain and hope, which she had written, and co-directed with Obie-Winner John-Martin Green. It was filmed in New York during Covid.

“What Kind of Woman” has been recently nominated at the 5th Annual New York Film Awards for Best Screenplay.

2022 has started well with her short film script “On the Bench” officially selected and chosen as Semi-Finalist at the Vienna (Austria) Indie Short Film Festival. That piece is slated for production in 2022 under director John-Martin Green, starring Lynda Gravath and Thom Christopher.

Israela Margalit’s future plans include filming her play, “First Prize,” and a special presentation of works by award-winning master novelist Fiona Maazel. She is in discussions about a TV series based on her play “Get Me a Guy,” an audience-favorite at a downtown NY pre-Covid production.

Israela Margalit is available for interviews.