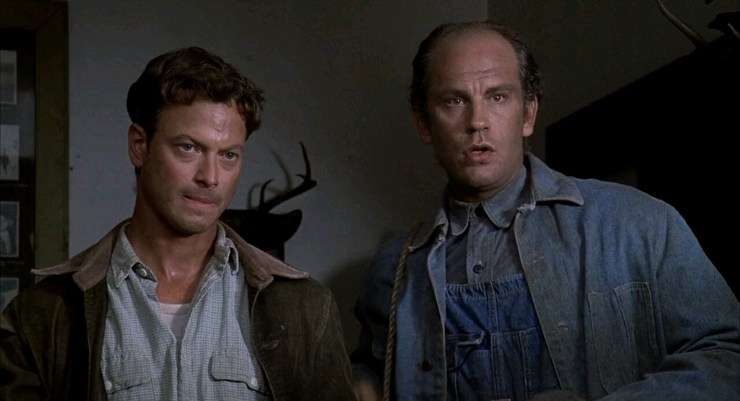 Thirty years ago today, Gary Sinise’s remake adaptation of Of Mice and Men was released. The film’s chops were formidable – in addition to Steppenwolf vet Sinise announcing himself to the world as major talent, he costarred opposite the estimable John Malkovich in a screenplay from Horton Foote. The film retains all of the story’s pathos and power. Check it out if you can!