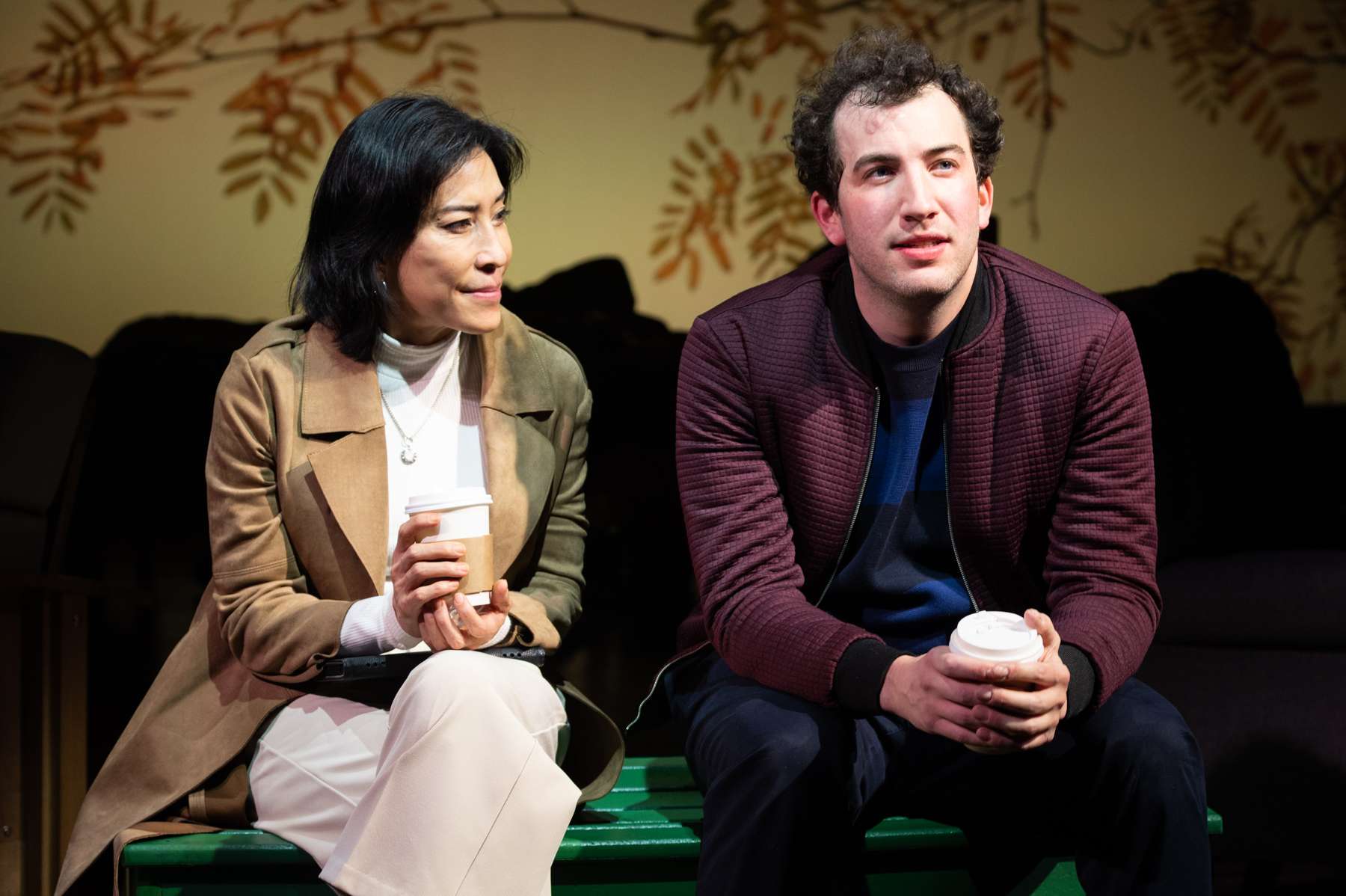 At eight years old, Harrison Chad was a working Broadway performer as part of the cast of Peter Pan with Cathy Rigby, followed by Disney’s Beauty and the Beast, Les Mis and Caroline, or Change. Over the past two decades, he continued to work on television and film and can currently be seen in Charles Gluck’s debut play, Our Brother’s Son, currently playing Off-Broadway.

GSJ had a chance to speak with him about his newest project.

GSJ: How would you describe Our Brother’s Son?

HARRISON CHAD: Our Brother’s Son is an exciting, entertaining, and compelling brand new play written by Charles Gluck and directed by David Alpert. At the heart of it, Our Brother’s Son is about a family going through a medical crisis, and it examines the difficult decision between family loyalty and self-preservation. It really makes you think about your own family because each character gives audience members someone to relate to or connect to.

GSJ: What is your role, and how does it fit into the plot.

HC: I play the role of Bradley. Bradley is the kid of the family. He has no cousins, so he’s really internalized being the youngest. He’s a recent graduate from college but has no momentum, and he’s been living in his parents’ basement for the past year and a half, playing video games. Not to give anything away, but the events in the play lead to Bradley growing up and becoming an adult.

GSJ: Do you enjoy working on new plays?

HC: There is truly nothing more exciting than working on a new play. When you work on a new play, not only do you get to explore and ask questions about the material, but to a large degree, you get to create the answers to those questions with the playwright, director, and other actors in the room. This process has been incredible. We play a family on stage, but the rehearsal room felt warm and family-like, thanks to my amazing castmates and the incredible creative team.

GSJ: You were a child actor. What has changed from performing at that level at a young age and now?

HC: I started performing when I was six. I feel lucky to have such great parents who taught me how to be professional at a very young age. Throughout my childhood, I also learned how to be a professional actor from working with really kind and talented people, and I think I carry that with me in every job and process I go through. So I guess the only thing that’s really changed is my age but age is just a number!

GSJ: What advice would you offer young people looking to get started as a performer?

HC: My advice to young people looking to get into performing is to make sure that it is really what you love and want to do. Since I have been in the business for 20+ years, I have realized that your love of the craft is the most important thing. Jobs come and go, but if you truly love the process of performing and acting and dedicate yourself to it, you’ll be better off.

GSJ: What is up next for you?

HC: I’ll be performing in Our Brother’s Son till the end of June and can’t wait for the next adventure, whatever that may be!