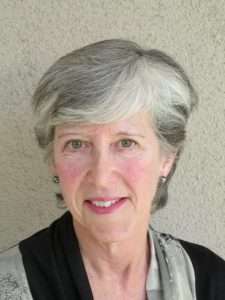 Before becoming a well-respected author with books such as the bestselling advice book, Leadership the Eleanor Roosevelt Way (Penguin), Katharine Graham (Penguin), Barbie and Ruth, about the founder of Mattel (HarperCollins), and the novel Eleanor vs. Ike, she was a Washington, D.C. lawyer. She worked on Capitol Hill for a legendary leader of the House of Representatives, before leaving to be a union lobbyist during the Clinton years.

GSJ: How do you describe The Shot?

Robin Gerber: The Shot is a work of fiction drawn from the story of former Washington Post publisher Katharine Graham and the part of her life that is hard to look at and understand. Before becoming a publisher, Katharine was an abused wife, derided in public and beaten in private by her husband.

RG: I write about women who have been both powerful leaders and had dramatic transformational moments in their lives. After her husband’s suicide, Katharine Graham went on to be one of the greatest newspaper publishers in U.S. history, exposing President Nixon’s corruption and revealing the secret history of the Viet Nam war in the Pentagon Papers.

GSJ: What made you feel that this subject should be a solo play?

RG: The Shot is Katharine’s interior story. Although she portrays her mother and husband in the play, it’s her personal exploration of how she ended up in an abusive marriage and how to reconcile that with her love for her husband.

GSJ: How did you connect with Sharon Lawrence?

RG: I walked up to her at an event in Ojai, California, where I live, and asked if she would read my play. She graciously agreed, and we’ve been working together ever since, for six years!

GSJ: The show was nominated for a few awards by the Berkshire Critics Association. After that run are there any updates that you feel are needed for the show?

RG: Yes, we had some wonderful feedback, and I have added a bit more about Katharine’s struggle with her husband’s mental illness.

GSJ: What do you hope to accomplish by being part of the United Solo Fest?

RG: I hope the play will continue to fascinate and inspire audiences and attract the attention that will get us a theater performance. 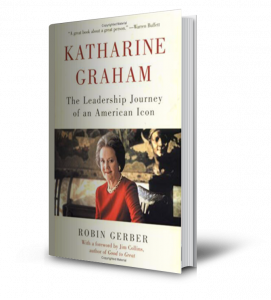 ROBIN GERBER (Playwright) The Shot, Robin’s first play, was selected for the 2017 Ojai Playwrights Conference. After a well-spent youth involving drugs, sex, and feminist activism, Robin took the next logical step and became a Washington, D.C. lawyer. She worked on Capitol Hill for a legendary leader of the House of Representatives, before leaving to be a union lobbyist during the Clinton years. Robin’s post-politics writing life includes The bestselling advice book, Leadership the Eleanor Roosevelt Way (Penguin), Katharine Graham (Penguin), Barbie and Ruth, about the founder of Mattel (HarperCollins), and the novel Eleanor vs. Ike, which imagines Eleanor Roosevelt running for President in 1952 (HarperAvon). Robin has toured the professional speaking circuit, motivating audiences at many Fortune 500 companies with stories from the lives of great women leaders. She has also appeared as a guest historian for the Biography and History channels and as a featured historian on the CNN documentary series “First Ladies” speaking about Eleanor Roosevelt. robingerber.com

And can be purchased by visiting: