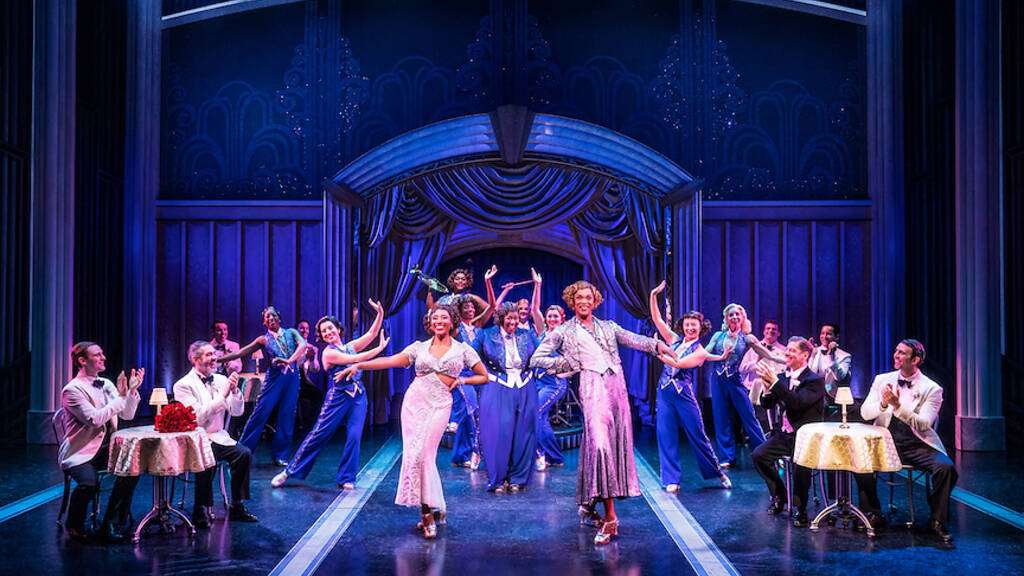 Some Like It Hot changes with the times, for better worse

“Something’s crossed over in me and I can’t go back,” says Thelma in Callie Khouri’s script of Thelma & Louise – a perfectly timed cutting-edge look at gender roles, expectations, and restrictions. Another film masterpiece had offered a similarly cutting, but also comical, essay about the sexes: I.A.L. Diamond and Billy Wilder in Some Like It Hot.

A new Broadway musical adaptation of the film (and a second attempt at that, following 1972’s Sugar) takes the original film’s plot – Joe and Jerry, a pair of Chicago musicians (here, they’re also dancers, The Tip Tap Twins) played by Christian Borle and J. Ghee Harrison, witness a mob murder and flee town in drag in an all-female band, as “Josephine” and “Daphne” – but book writers Matthew López and Amber Ruffin (with help from Borle himself and Joe Farrell) add an extra layer as wealthy hotelier Osgood (a marvelous Kevin Del Aguila) falls for Harrison’s Daphne. Meanwhile, Joe adopts a third persona to woo the band’s lead singer, Sugar (Adrianna Hicks of Six). Modulated mayhem ensues.

So yes, the pieces are all there in Casey Nicholaw’s energetic production– our characters find themselves in danger, embark on a zany escape, make new friends, and eventually face down a villain while also learning about themselves. But it all feels a little quick, a little rote, a little too feel-good. Unlike Thelma, these characters’ transitions don’t feel quite organic. Credit the show for its good intentions, but go back to the film for real soul.

The Old Man and the Pool