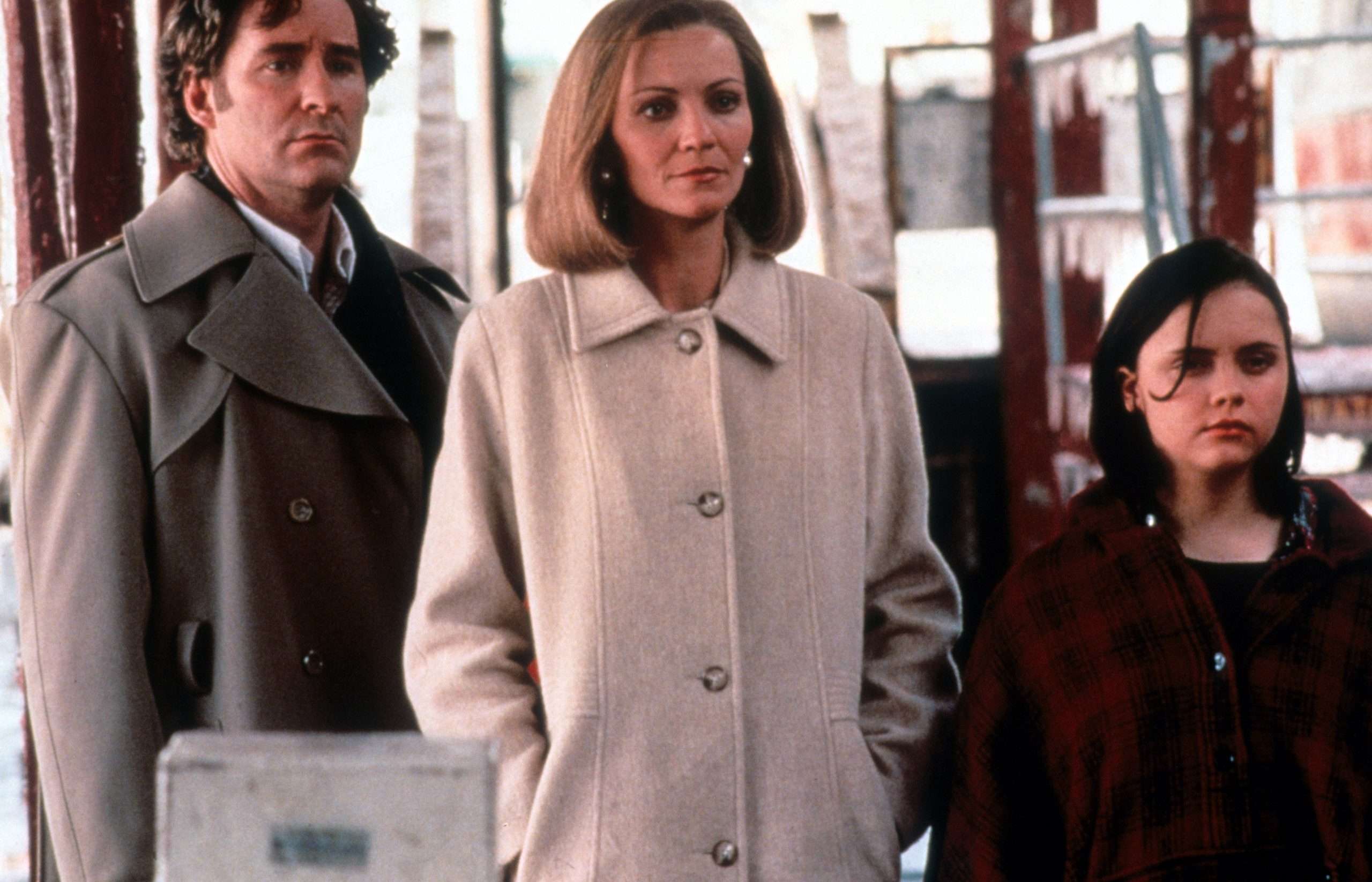 Kevin Kline, Joan Allen and Christina Ricci all standing on a sidewalk, wearing coats and staring in the same direction in a scene from the film 'The Ice Storm', 1997. (Photo by Fox Searchlight Pictures/Getty Images)

Twenty-five years ago today, The Ice Storm was released. Ang Lee’s adaptation of Rick Moody’s well-received novel was a contemporary period piece, conjuring the fashions and social mores of the early 1970s. That film is now equidistant from the time in which it is set and from modern day. Well, have we learned anything more now than we did then?

The events of the film take place during Thanksgiving weekend, 1973, in toney New Canaan, Connecticut, a family-friendly suburban enclave full of parents thinking they have shielded themselves and their sires from trouble – without giving a thought in the world as to the amount they create on their own. Ben and Elena Hood (Kevin Kline and Joan Allen) are close to Jim and Janey Carver (Jamey Sheridan and Sigourney Weaver), since in addition to being neighbors, their combined four teenage children are also close in age. They are also linked by something else, too: Ben and Janey’s affair.

Elena knows about this. Jim probably does, too, though Moody and Lee focus more on the self-lacerating effect it has on Elena, who occupies herself with self-help classes and volunteerism. But even Ben and Janey are not on the same page. He feels disconnected from his wife and hopes to find a connection with his lover. Janey just wants some excitement.

Their children also misfire when dealing with connections and when dealing with sexuality, as they would at their age, and as was the custom of the free-love era. Ben and Elena’s oldest child, Paul (Tobey Maguire), home from boarding school for the weekend, endures an uncomfortable evening in Manhattan with his rich girl crush Libbets (Katie Holmes) and his obnoxious roommate, who also likes her. Their mercurial 13-year-old daughter, Wendy (Christina Ricci, Wednesday Addams transferred to the 1970s) wants to experiment with Janey and Jim’s sons, the aloof Mikey (Elijah Wood) and the shy Sandy (Adam Hann-Byrd).

The events of James Schamus’ climax, if you will, at a key party, where the adults act like kids and end up hurting themselves. Meanwhile, their children, left unattended, try to make mature decisions, some of which end up hurting each other.

Equal parts mordant and mournful, The Ice Storm came out at the wrong time. The year before had been a watershed one for intellectual indies; this year had to be a Hollywood course correction, and so the masses took to the blockbuster. (It’s no accident that As Good As It Gets, Good Will Hunting, and Titanic were their year’s major triumphs at awards time.) And the performances were terrific, especially Allen and Weaver. This film deserves a second look and a second life.