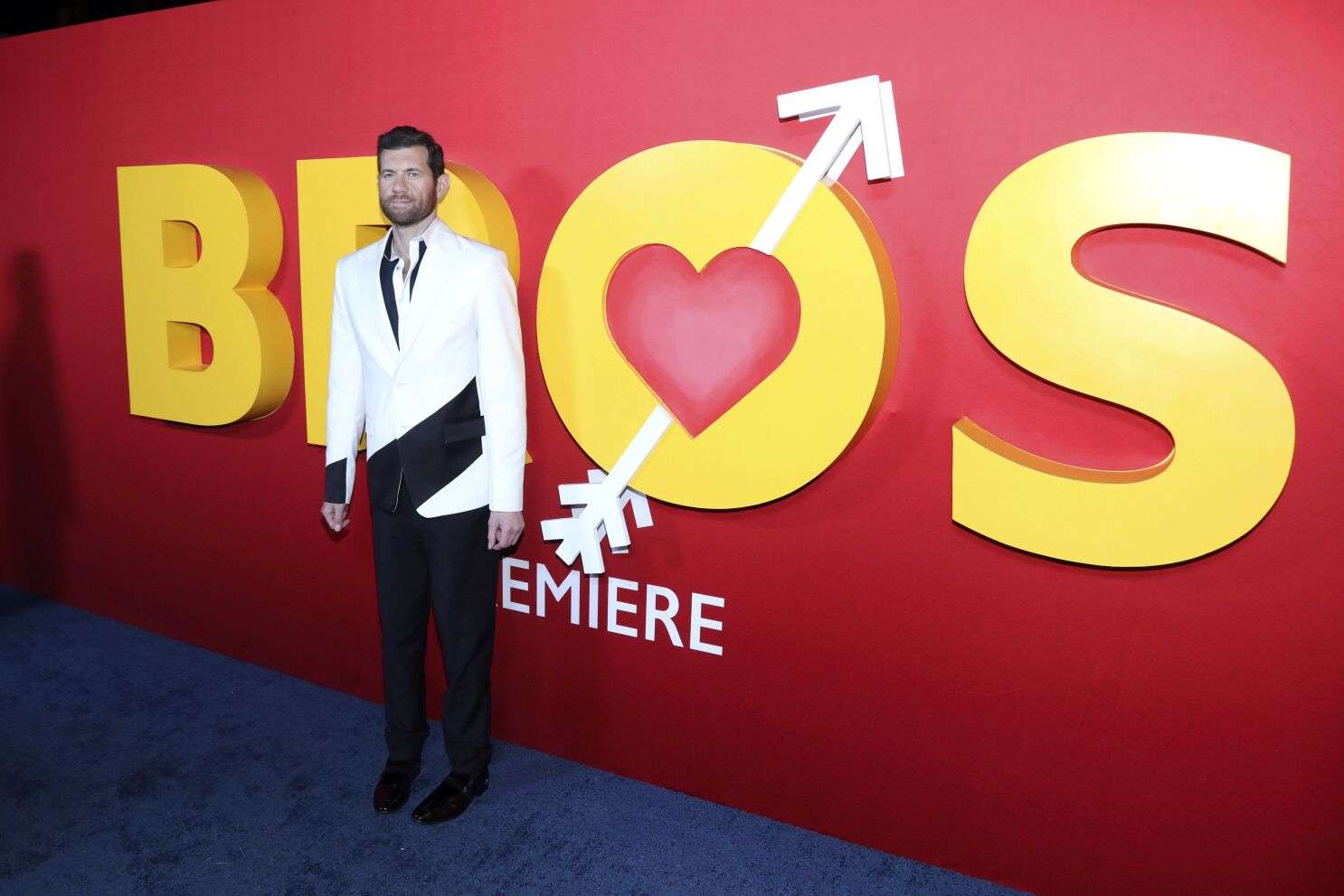 Bros, the first gay romantic comedy co-written by and starring a gay man (Billy Eichner), to have backing from a major studio (Universal), and to receive a wide theatrical distribution. It was groundbreaking in other ways as well: it employed an almost entirely LGBTQ cast and offered a frank, largely unfiltered look at the contemporary dating scene.

Bros also did not do well at the box office.

The film debuted with just $4.8 million in its opening weekend — less than half of the projected $10 million estimate. Which is a shame for many reasons (Despite the thinking to the contrary, most people who love film do not enjoy it when they fail.) Eichner later took to Twitter to express his disappointment, seemingly blaming straight people for not supporting the film. “Straight people, especially in certain parts of the country, just didn’t show up,” he wrote, in a now-deleted tweet. “Everyone who ISN’T a homophobic weirdo should go see BROS tonight!” he continued.

That is unfair. While unfortunate, there are a number of reasons why any movie doesn’t bring in a desirable audience, more so now in the COVID era then ever. Among them:

A marketing plan that preached to the choir: Bros doubled down – heck, it might have tripled down – on the historic contexts of its release, and reached out to predominantly gay audiences, who were likely already interested and informed about the movie. A larger audience remained out there, and remained oblivious.

It was never clear what the movie is about: “Boy meets boy” is no different than “boy meets girl.” It’s a premise, but what is the plot? Barebones commercials showed Eichner as a cranky 40-something who meets the gym-toned, manscaped Aaron (Luke Macfarlane), and after embark on a relationship that namedrops some specific 2020s references. So…what’s left? Seems like all ends well from the trailer. Perhaps Bros should have thrown in a question mark of some sort to make the events of the film feel like a fait accompli. Was there supposed to be a major obstacle to root for them to get over?

Eichner isn’t a star: Sometimes you need a household name to bring people into the theater (see below), and while Eichner is known in certain circles for his hothead Billy on the Street persona, he’s likely not known in all pockets of the moviegoing country. And this movie needed to be attended throughout the country in order to make the mark Eichner wanted. His vision was a long-term one, in which more movies by and about gay people would be greenlight and then become hits.

One more reason: COVID is still a very real thing, and the only movies that can be counted on to bring audiences in since most theaters reopened are genre films (action, horror) and franchises like Marvel.

Yes, it is a shame Bros couldn’t have been a bigger hit, and I was rooting for it. But I wish it hadn’t been framed as a moral imperative for people to spend their fragile time and money to go see. An audience can never be blamed for the performance of any work of art. And the creators of any work of art aren’t to be blamed if it doesn’t meet their expectations. It’s gamble, not a social contract.

Here’s hoping Eichner and other likeminded individuals will continue to take that risk. I’m hopeful the results will be different the next time.