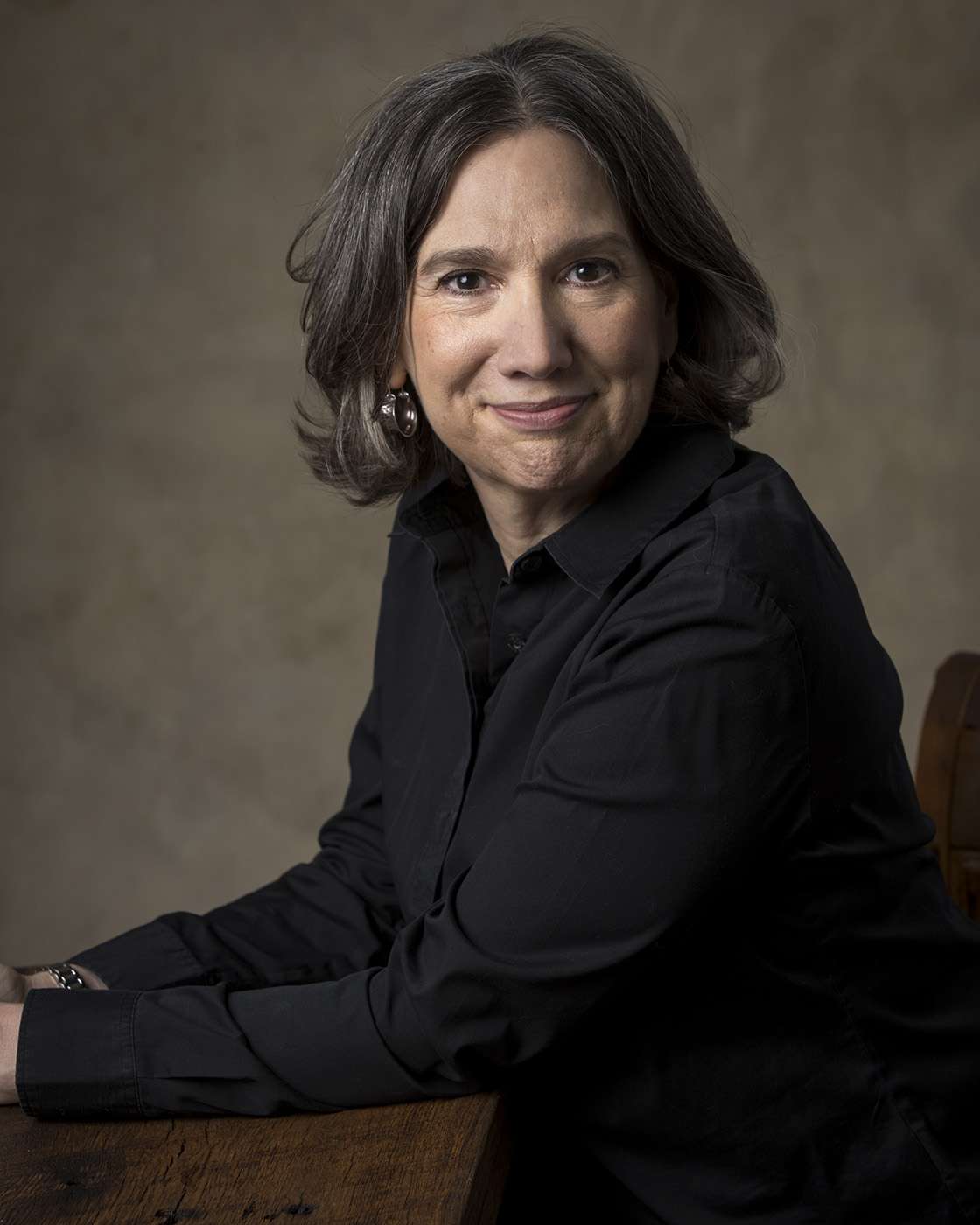 As political tensions continue to run high and political rhetoric and name-calling seem to be the daily norm, Urban Stages brings us back to a time when those on the opposite sides of the aisle can speak to each other with a modicum of respect and decency.

Ellen Abrams’s new play ELEANOR AND ALICE:  Conversations Between Two Remarkable Roosevelts features two award-winning powerhouses as performers Trezana Beverley (Broadway: For Colored Girls Who Have Considered Suicide / When the Rainbow Is Enuf) and Mary Bacon (Public Theatre’s Coal Country)  take on the roles of Eleanor and Alice Roosevelt in this world premiere.

The press release describes their relationship as “One a Democrat and one a Republican, throughout nearly 60 years of meetings they witness a changing world from their own unique vantage points. Through their accomplishments, Eleanor and Alice ultimately help build a foundation that benefits women in politics today.”

Playwright Ellen Abrams took a moment from rehearsals to speak with us.

GSJ: How would you describe Eleanor and Alice?

ELLEN ABRAMS: Eleanor and Alice is the story of two first cousins and frenemies Eleanor and Alice Roosevelt who were also two of the most powerful women of the 20th century. Despite being born into the same family, they could not have been more different. In the beginning, Eleanor was shy and unconfident, while Alice was brash and full of herself.  Yet, as they lived their lives, Eleanor grew as a person and became a revered public figure–the First Lady of the World–as President Harry Truman described her. Alice, embittered by her family’s losses–both political and personal–became a more marginal figure over time. Eventually, she found a role for herself, raising her granddaughter and becoming a witty Washington gadfly. This play is the story of how they changed and why.

GSJ: What inspired you to dramatize this relationship?

EA: I had long been a fan of Eleanor Roosevelt, just growing up when I did. I read my first Eleanor bio at the age of 8 and have been fascinated by her ever since. Over time, as I grew up, I became familiar with Alice’s life as well, and the fact that they were first  cousins, always intrigued me. My husband actually suggested the ladies as a play topic, and I was instantly taken with the idea. Alice was a more difficult person to like, but a fascinating character nonetheless.

GSJ: What did you find most surprising when researching this play?

EA: What was most surprising, was that for all of Alice’s public displays of confidence, there was a deeper insecurity. She was overcompensating for the doubts she had about her father, Theodore Roosevelt’s love for her. Her acting out–you might call it–was a very public bid for attention, which she never received in the way she might secretly have hoped for. In fact, she married a man to who her father introduced her, who was completely the wrong person for her.

GSJ: You have an amazing cast in Tony winner Trezana Beverly and Drama Desk winner Mary Bacon; how did you land them for these two roles?

EA: I was very lucky to have been able to cast Trezana and Mary. Frances Hill, the Artistic  Director of Urban Stages who is also the director of the play, knows these actresses very well and over many years. She made a few phone calls, and luckily, both women were free and eager to perform these roles.

GSJ: How do you think Eleanor and Alice would feel about the current political climate?

EA: We were actually discussing this in rehearsal the other day. Alice was such a dyed-in-the-wool Republican, would she have enjoyed Donald Trump’s dubious antics? The consensus was, probably not. She abhorred dishonesty. And she would have been outraged about the January 6th insurrection. She loathed the vulgarity of Senator  Joseph McCarthy and was a friend of Bobby Kennedy.

Eleanor would have been a great fan of Nancy Pelosi and Alexandra Ocasio-Cortez.  She, too, would have found today’s MAGA Republicans difficult to tolerate and would have had plenty to say about the divisions our country finds itself in these days. But she strove to be a genuine uniter, using her column and her radio and TV shows to win over people who might disagree with her politics. She was never someone who just shouted ideology at you from her bully pulpit.

GSJ: As a playwright, do you have any advice about getting your work seen?

EA: That is the most difficult thing for any artist. The best advice I can offer is to write, submit,  write, submit. The more you write, the better you will get at it. And keep doing it until something breaks for you. It will if you keep at it.

GSJ: What is up next for you?

EA: I have just written a play about the late Prince Philip’s mother, Princess Alice of  Battenberg, who you may remember from a couple of episodes of The Crown a few seasons back. She was a fascinating person, someone who battled deafness,  schizophrenia, and tragic family loss, but ended up being a woman who ended up devoting her life to others. And I have just started a one-woman play about Rose Paster  Stokes, the so-called Cinderella of the Sweatshops. She was a poor Jewish immigrant from Poland who worked as a stogie roller and married a millionaire. It was a fairy tale story. Until it wasn’t.

Urban Stages will host a series of special post-show conversations. Visit UrbanStages.org for an updated schedule and more information.

Jonathan Alter is a bestselling author and Emmy Award-winning television producer. He was a columnist and editor at Newsweek. His most recent book is His Very Best: Jimmy Carter, A Life, published in 2020. He has also written two books about President Obama, and a book about FDR, titled, The Defining Moment: FDR’s Hundred Days and the Triumph of Hope, a New York Times Notable Book. He is a contributing correspondent on NBC and appears frequently on NBC, MSNBC, and CNBC.

Franklin Roosevelt III is the grandson of President Roosevelt.  He is a retired American economist, who taught for many years at Sarah Lawrence College and was the chair of the social sciences department.  He describes himself as a “radical” or “alternative” economist. He is the author or co-author of 3 books.

Grace Roosevelt taught for 20 years at New York University and was also an Associate Professor of History and Education at Metropolitan College of New York for two decades.  She is a co-founder of the New York City chapter of the Living New Deal, and the author of Reading Rousseau in the Nuclear Age and a history of Metropolitan College of New York, Creating a College That Works.

Steve Israel was an 8-term Democratic Congressman from the 3rd District of New York, and retired, as he likes to say, “undefeated and unindicted. ” He was chairman of the Democratic Congressional Campaign Committee.  He is the inaugural director of the Institute of Politics and Global Affairs at Cornell University.  He is the author of two satirical novels about politics, The Global War on Morris, and Big Guns.  In 2021, he opened Theodore’s Books, an independent bookstore in Oyster Bay New York, named for famed town resident, Theodore Roosevelt.

Geoffrey Ward is a leading American historian.  He has won 7 Emmy Awards, 5 of them in the course of his almost 40-year collaboration with documentarian Ken Burns.  A former editor of American Heritage magazine, he is the author of twenty books, including Roosevelts: An Intimate History and an outstanding two-volume biography of Franklin Roosevelt, Before the Trumpet and A First-Class Temperament

Helen Rosenthal served as City Councilwoman for 8 years for Manhattan’s 6th District. She also served as an assistant director of the New York City Mayor’s Office of Management and Budget, where she managed the city’s healthcare budget under mayors Ed Koch, David Dinkins, and Rudy Giuliani. Elected to the City Council in 2013, Helen’s vote total in the general election was the highest of any candidate running for City Council in New York City. She was ranked first (tied with Keith Powers) as the top lawmaker on the New York City Council.

Brenda Wineapple is the author of six outstanding works on American history and literature including, most recently, The Impeachers: The Trial of Andrew Johnson and the Dream of a Just Nation and Ecstatic Nation: Confidence, Crisis, and Compromise, 1848-1877, which was a New York Times Notable Book of the Year. Other subjects have included Emily Dickinson, Gertrude Stein, Jean Genêt, Walt Whitman, and Nathaniel Hawthorne. The recipient of numerous awards and prizes, including a Guggenheim Fellowship and the Literature Award from the American Academy of Arts and Letters, Wineapple has also taught literature and writing at Columbia, the New School, and Sarah Lawrence.

The running time is 75 minutes, with no intermission
Urban Stages is located at 259 West 30 Street