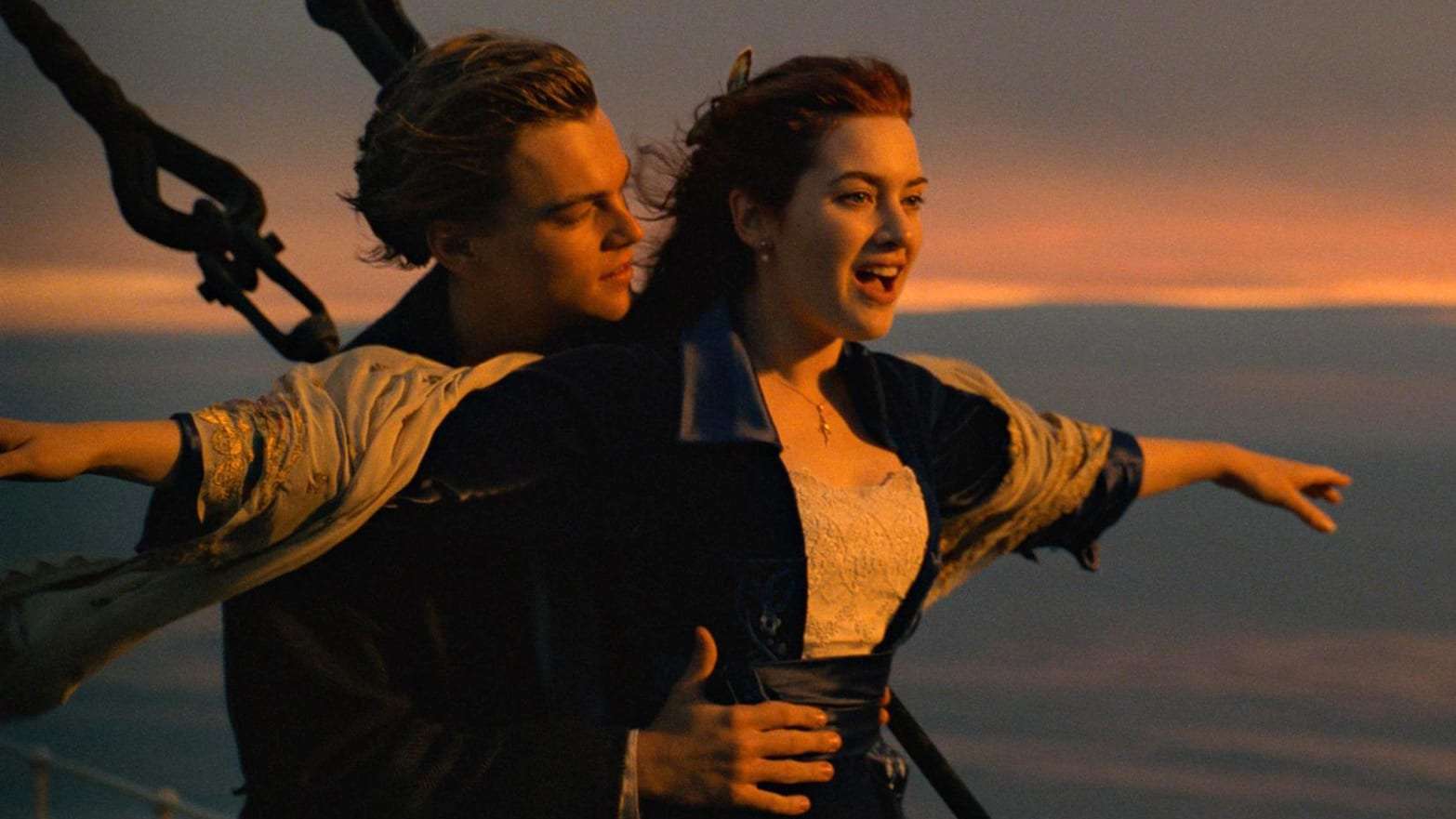 While much of the world is talking about and taking in James Cameron’s Avatar sequel this week, another movie of his has hit a noteworthy milestone: Titanic, his first movie to become the highest grosser of all time, was released twenty-five years ago. Casting a doomed love story between Jack and Rose against the backdrop of infamous tragedy, the movie didn’t just make a bigger star out of Kate Winslet and a phenom out of Leonardo DiCaprio, but it also featured breathtaking effects and employed an exquisite cast of supporting actors. Think less about Billy Zane and more about Kathy Bates, Frances Fisher, Victor Garber, Bill Paxton, and Gloria Stuart, who also snagged a late-in-life Oscar nomination. Neither she nor Winslet took awards home that night, but the film otherwise swept the awards, tying the Ben-Hur record before The Lord of the Rings: The Return of the King joined it six years later.

And, yes, the music. Never before has a song been so inextricably linked with the film for which it was written. Schmaltzy or not, “My Heart Will Go On” also became a phenomenon. In a polarized world, it’s hard to imagine the kung fu grip this movie had on the world. ​We will never a see a movie with this much of a pull on the world-at-large again. Ever.

Board Titanic once more, and remember the way things used to be.