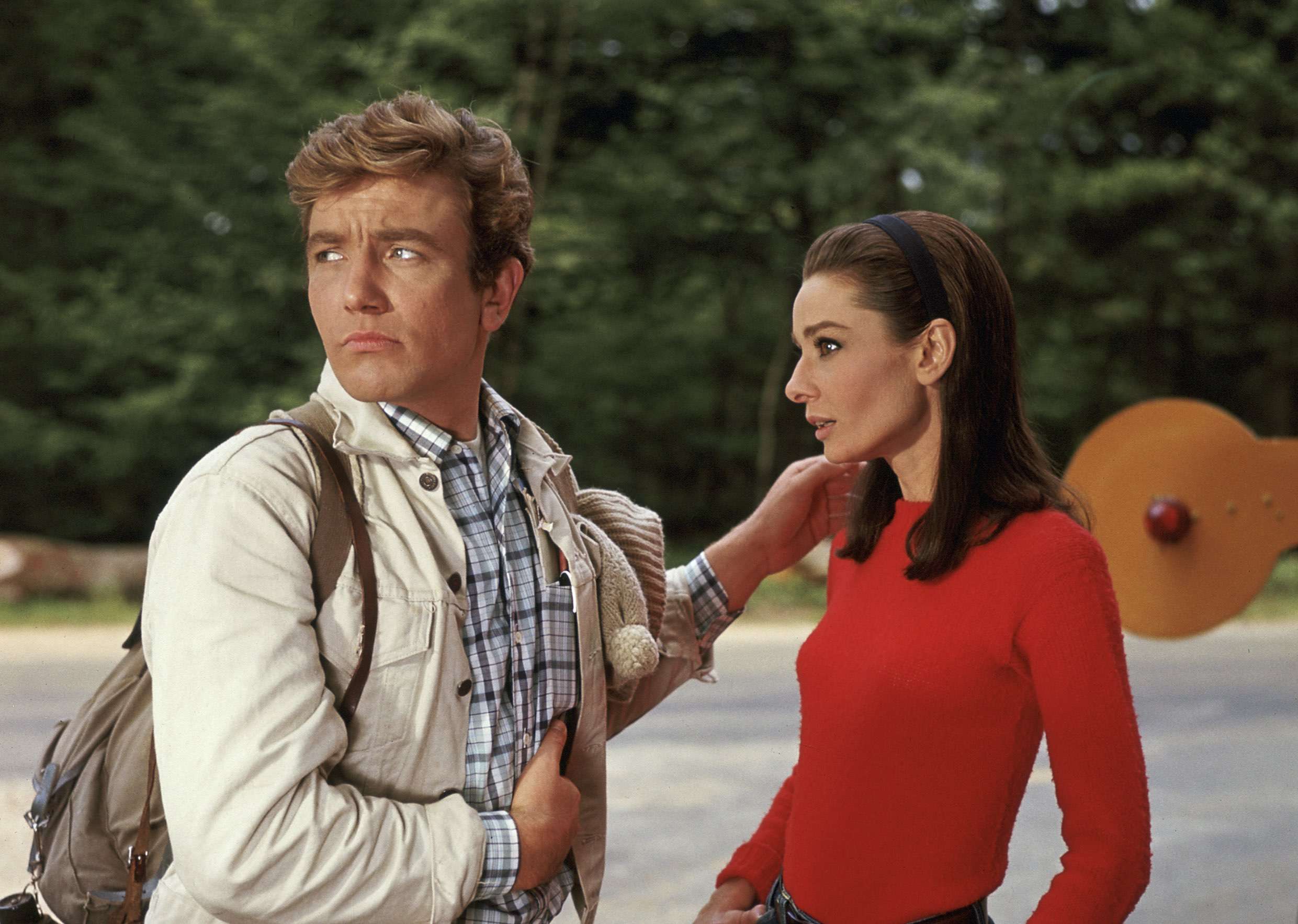 Fifty-five years ago today, the Stanley Donen classic Two for the Road was released. It stars Albert Finney and Audrey Hepburn as a couple traveling through France during a pivotal turning point in their marriage. Flashbacks provide us with insight into how they met and how life has intruded on their dreams of an ideal union.

The roles were a bit of a departure for both stars. For Finney, it was slightly glossier than the kitchen-sink dramas with which he had made his name, and also more grounded than his Oscar-winning hit Tom Jones. For Hepburn, it was a far cry from the more famous, lighter romantic roles that made her a star. In fact, this same year she also played another dramatic heroine, as the blind gaslighting victim in the film adaptation of Wait Until Dark. Hepburn received the final of her five Lead Actress Oscar nominations for that film – but this is the film she should have been nominated for.

We first meet her Joanna as an average college girl. Over time (and through the costumes of Paco Rabanne and Ken Scott), she becomes more sophisticated and more cynical. The weight of their disappointing marriage has hardened her. Writer Frederic Raphael’s story  travels back and forth between past and present, charting happier times and better memories, and what changed along the way.  Two for the Road covers multiple stages of the relationship: as optimistic students who meet and fall in love, as newlyweds, as the career of Finney’s Mark takes off, as intimacy gives way to complacency and they start to stray and lie to each other.

The chemistry between the two of them is remarkable – Donen had once said, “The Audrey I saw during the making of this film, she overwhelmed me. She was so free, so happy. I never saw her like that. I guess it was Albie.” (Indeed, there were rumors of an affair between the two world-famous stars.) Sadly, we’ve lost both of these stars: Hepburn nearly three decades ago, and Finney just a couple years earlier. The same is true of Donen, who passed away in 2019.

Thank goodness we have this film to remember them all at their best by.