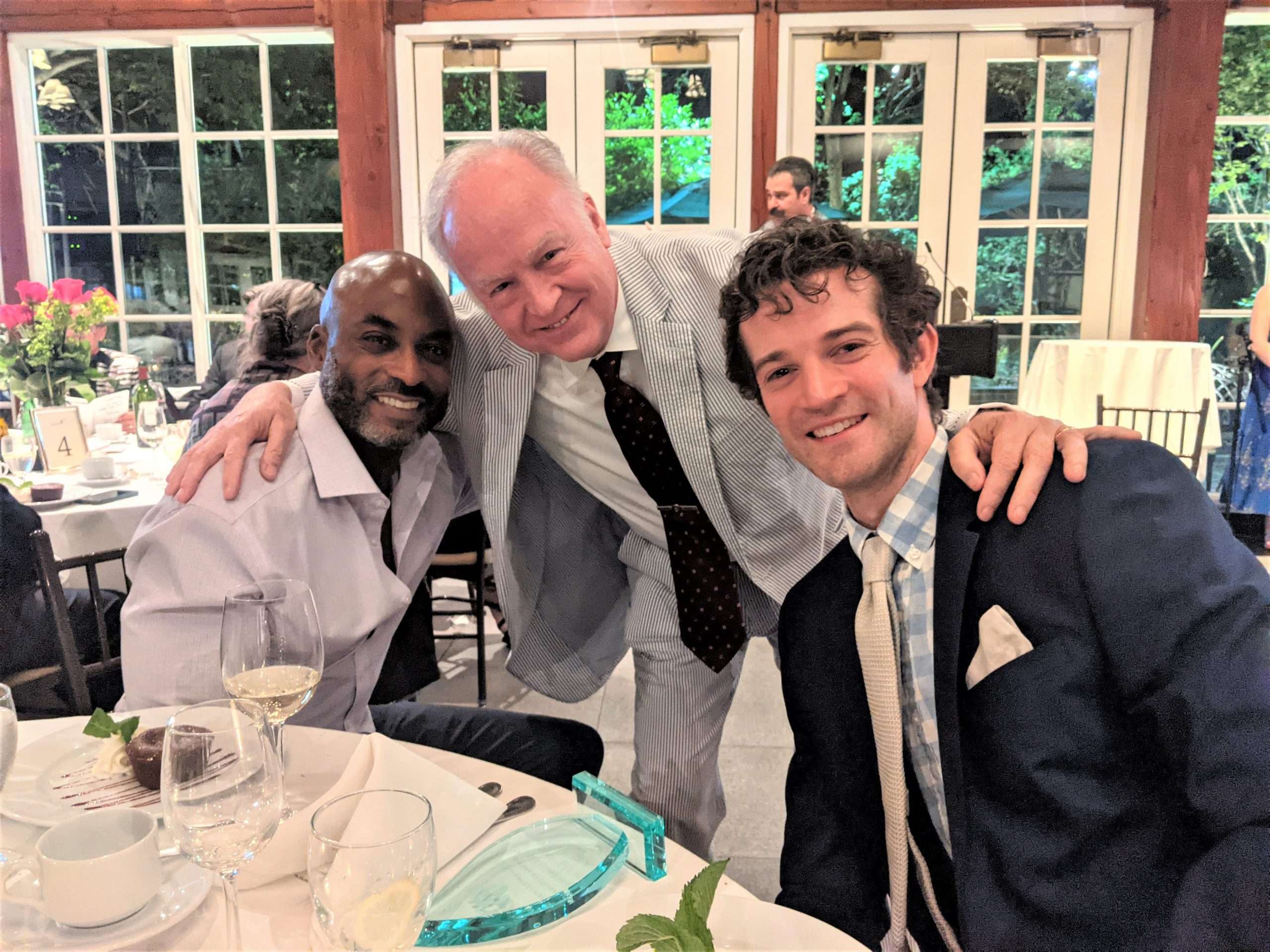 There were three recipients of the gala’s Mid-Career Awards: Terence Archie, who created and starred in Urban Stages’ touring play, The Peanut Prince, about George Washington Carver for several seasons through Urban Stages’ Outreach Program, went on to originate the role of Apollo Creed on Broadway in Rocky The Musical as well as the German-translated production in Hamburg, Germany. He currently stars on Broadway in Company. Nikki M. James starred in The Silverfish by Meghan Loughran in Urban Stage’s 2020 virtual reading series, aimed at giving audiences access to free theater during the pandemic. A Tony winner for The Book of Mormon, she is currently starring as Ida B. Wells in  SUFFS at the Public Theater. A.J. Shively got an early career start at Urban Stages in Joe Iconis’ Rewrite. He is currently starring as Owen Duignan in the new Broadway musical Paradise Square, for which he got a Tony nomination.

The Luminary Award went to Tony winner Reed Birney, who starred in Urban Stages’ commercial move of Minor Demons by Bruce Graham in 1997. Birney has performed in more than 30 off-Broadway and original productions, and received the 2006 Obie Award for Sustained Excellence in Performance and the 2011 Drama Desk Career Award. He is part of an all-actor family with wife Constance Shulman, daughter Gus and son Ephraim.

All proceeds from the evening went to Urban Stages programming.